By Wang Liwei and Kelsey Cheng 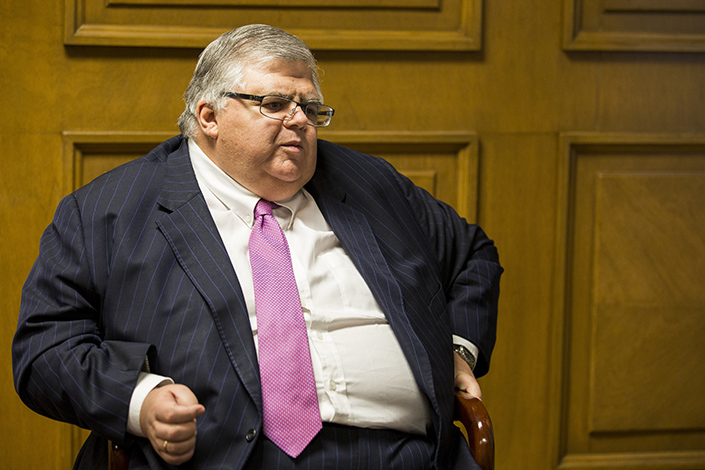 While global policymakers can give themselves a pat on the back for averting economic disaster during the pandemic, the fog over the global economy has not lifted fully, head of the Bank for International Settlements (BIS) warned Tuesday, noting even bigger uncertainties lie ahead as economies rebound.

As policymakers gradually scale back stimulus, they now face a long-term challenge in normalizing safety margins for both fiscal and monetary policies for future crises, with interest rates at exceptionally low levels and public debt at a post-World War II peak, General Manager Agustín Carstens of the Switzerland-based BIS said in a speech during the release of the institution’s annual economic report.

In an interview with Caixin, Carstens said the exit of fiscal and monetary policies requires careful coordination and adequate communication.

“There is a risk that both policies are normalized simultaneously and in an abrupt fashion, and recovery could be aborted,” he said. “And we don’t want that to happen.”

Carstens noted in his speech that fiscal support will need to become more targeted to preserve policy space, while monetary policy will have to be “flexible and prudent.”

In recent months, concerns have grown that the world is entering a period of rapidly accelerating inflation, as global demand has recovered from the pandemic more quickly than supply in the wake of massive fiscal and monetary stimulus in major developed countries, including the U.S.

Carstens, a former governor of Mexico’s central bank, drew attention to the increase of consumer prices in the U.S. as transitory.

“The U.S. Federal Reserve is giving a chance for full employment to return. We believe this process will converge nicely at the end of the day. Yes, we will have a period of high inflation running above the 2% target, but it will not be rampant,” he told Caixin.

Central banks “face a delicate balancing act” as they need to reassure markets of their willingness to support the economy while demonstrating they are prepared to beat inflation when needed, the BIS report said.

Since the second half of 2020, the global economy has rebounded more strongly than expected, albeit unevenly, the report stated. This was a result of unprecedented joint monetary and fiscal policy support deployed by central banks and governments, which included asset purchase programs and refinancing facilities for banks that helped keep financial markets stable and funds flowing to the real economy.

China, which was the first economy to enter recession, rebounded particularly quickly.

“It grew by 2.3% in 2020, on the back of strong business fixed investment and export demand. In turn, China’s economic recovery lifted growth in some East Asian EMEs (emerging market economies) through GVCs (global value chains),” the report said.

Established in 1930, the BIS is the oldest international financial institution in the world, according to its website. Dubbed the central bank of central banks, it is owned by 63 central banks, representing countries from around the world that together account for about 95% of world GDP.