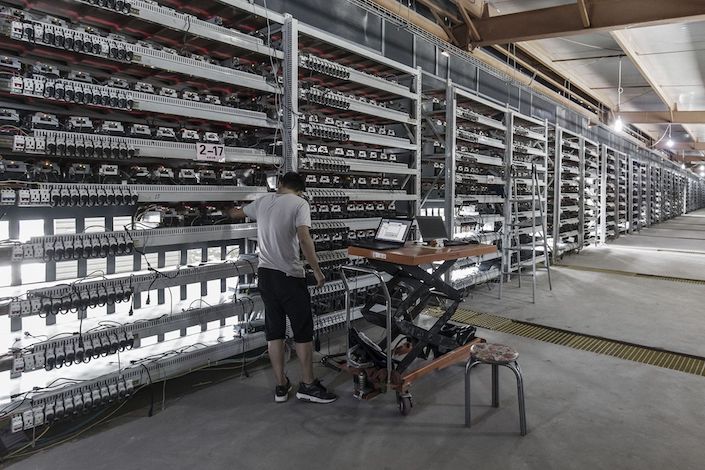 (Bloomberg) — Bitcoin is poised to set a record Friday, but it has nothing to do with the price.

Happening that day will be the roughly biweekly adjustment to the protocol’s difficulty level for processing blocks of transactions. The setting dictates how much computing power is needed to mine the digital currency at the target rate of one block every 10 minutes. And it’s expected to be unlike any change before.

Current estimates peg the adjustment to the difficulty level at around minus 27%, meaning the puzzles miners have to solve will be that much easier. The decline would be 9 percentage points greater than the previous steepest drop of 18% in 2011. It will also be the third straight decrease in the difficulty level, the first time that’s happened since December 2018.

The dramatic change reflects China’s crackdown on mining. With Chinese miners pulling the plugs on their machines and seeking out more welcoming jurisdictions, the network’s overall computing power has plummeted. The amount of time to produce a block leaped to more than 20 minutes as a result.

Bitcoin’s protocol is designed so that the average time for a block to be mined should be about 10 minutes. To keep that on track, every 2,016 blocks — or about every two weeks — the system tweaks the puzzle for miners to make it harder or easier, based on the current level of computing power, or hash rate, flowing through the network. The current difficulty level was set before the computing power in China was slashed, which led to longer processing times with fewer miners than expected.

The University of Cambridge estimated that about 65% of the Bitcoin network’s hash rate came from China as of April 2020. Now for the miners still up and running, there’s an opportunity to reap a higher percentage of transaction fees and less competition for the lucrative block reward of 6.25 Bitcoin. At Thursday’s Bitcoin price of $33,455.10, the block reward would total $209,094.