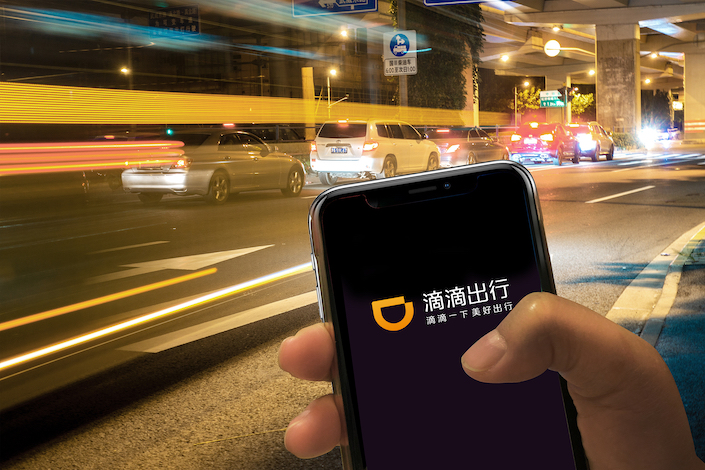 The Cyberspace Administration of China (CAC) ordered app stores to remove the Didi app from their list of offerings, citing data breaches. “Verified complaints showed that Didi has seriously violated laws and regulations in its collection and use of personal information,” the regulator said in a brief statement (link in Chinese).

The administration instructed Didi to rectify its problems in accordance with national laws and standards, and to effectively protect the personal information of its users.

Shortly after the order, Didi said it will comply with regulator’s order. “We will make serious rectification and continue to improve risk control awareness and technology capabilities to protect users’ privacy and data security,” the company said Sunday.

The order will not affect existing users of Didi’s app or its drivers, the company said.

The Cybersecurity Review Office, an agency of the CAC, announced Friday it would investigate the ride-hailing service for national security and data risks. New users will not be able to register for Didi’s ride-hailing service during the review, the office said. Didi said it has suspended new user registration Saturday.

Didi Global Inc. had only started trading on Wednesday in New York after a $4.4 billion IPO, pulling off one of the biggest U.S. stock market debuts of the past decade. It lost as much as 11% of its market value at one point on Friday.

The surprise probe by China’s internet regulator had piled on the scrutiny of Didi over issues ranging from antitrust to data security. The company has been grappling with a broad antitrust probe into China’s internet firms, with uncertain outcomes for Didi and peers like major backer Tencent Holdings Ltd.

In its IPO prospectus, Didi used 60 pages to list the risks it faces across its business, particularly legal and regulatory risks that could have a material adverse impact on its business prospects, including risks involving drivers and vehicle license and antitrust risks. The prospectus specifically notes that Didi’s IPO could require approval from Chinese regulators under Chinese law.

More broadly, Beijing has been curbing the growing influence of China’s largest internet corporations, widening an effort to tighten the ownership and handling of troves of information that internet giants from Alibaba Group Holding Ltd. to Tencent and Didi scoop up daily from hundreds of millions of users.

In April, China’s market regulator and cyberspace and tax agencies summoned 34 of the biggest internet platform operators and told them to stop abusing market dominance and cease all illegal activities within one month or face “severe punishment.” In May, China’s antitrust watchdog ordered Didi and nine other leaders in on-demand transport to halt practices from arbitrary price hikes to unfair treatment of drivers. Didi vowed to improve its payment structure for drivers and fares for users. Drivers on Didi’s ride-sharing network earn 79% of what customers pay.

Founded in 2012 and backed by Japan’s SoftBank Group Corp., Didi provides a wide range of transport services, including on-demand ride-railing, bike sharing, freight and autonomous driving. Didi’s Chengxin Youxuan, a community group-buying platform, is not included in the U.S.-listed enterprise. The unit was fined 1.5 million yuan ($232,000) by the market regulator in March for “deceptive pricing.

Denise Jia and Bloomberg contributed to this story.