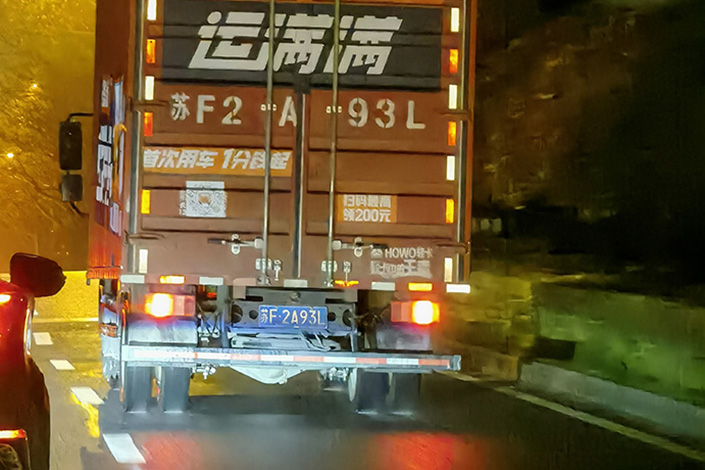 The investigation aims to head off national data security risks, safeguard national security and protect the public interest, according to a statement from the CAC’s Cybersecurity Review Office.

The statements made no specific allegations about the firms, all of which listed on U.S. bourses in recent weeks.

But the involvement of the Cybersecurity Review Office — which announced an almost identical probe of Didi on Friday just days after its $4.4 billion New York listing — makes this the first time the nation’s year-old cybersecurity review measures have been publicly enacted.

Those measures, which came into force on June 1 last year and are backed by China’s National Security Law and its Cybersecurity Law, empower the CAC to probe firms deemed to operate “critical information infrastructure.”

Yunmanman and Huochebang are “Uber for trucks” platforms that merged into the Full Truck Alliance Co. Ltd., also known as Manbang Group, in late 2017. Manbang decided to retain their two distinct brands and apps when the two former parent companies merged.

Manbang went public last month, raising $1.6 billion after pricing its U.S. IPO at the top of its range, and shares climbed almost 15% on its first trading day.

According to its prospectus, Manbang was the world’s largest digital freight platform in 2020, with about 2.8 million drivers — one-fifth of China’s heavy and midsized truck drivers — using its duo of apps. Last year it completed 71.7 million orders involving transactions of some 174 million yuan.

Also falling under a probe was Boss Zhipin, a talent recruiting app for small and medium-sized companies. The firm’s shares, which raised $912 million on their Nasdaq debt on June 11, jumped a whopping 95.79% on the first trading day. That’s despite the seven-year-old firm never having turned a profit. Its losses almost doubled to 942 million yuan in 2020, and it lost 176 million yuan in the first quarter of this year.

Boss Zhipin makes almost all of its revenue by charging employers to place ads on the platform. It claimed 2.89 million paid corporate clients in the 12 months to the end of March.

On Sunday, the CAC ordered the removal of Didi — China’s biggest ride-hailing service — from the nation’s app stores, two days after the company was placed under investigation

The reviews will take at least 45 business days under Chinese regulations and could drag on for twice that long. Didi said it will actively cooperate.

The CAC probe is just the latest regulatory headwind facing the firms amid an expanding crackdown on the country’s internet giants.

In May, China’s antitrust watchdog ordered Didi Chuxing, Meituan and eight other leaders in on-demand transport to halt practices from arbitrary price hikes to unfair treatment of drivers.

Regulators including the State Administration for Market Regulation and the transport ministry summoned executives from the 10 companies, included Full Truck Alliance, to a meeting that month, the state-backed China Transport News reported. The companies were criticized for violating drivers’ interests and perpetuating a monopoly on freight data, among other issues, and told to fix those problems.

In a statement Monday, Full Truck Alliance said it would fully cooperate with the review and that it was also conducting an internal investigation.

“Apart from the suspension of new user registration in China, (Full Truck Alliance) and its mobile applications maintain normal operation,” the firm said.