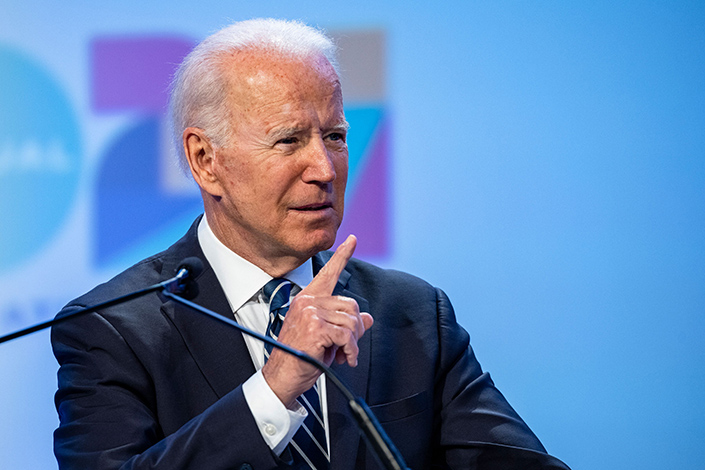 China has urged the U.S. to reconsider its denial of study visas to more than 500 Chinese science and engineering graduate students following a report published by the official China Daily.

Most of the students, who are planning master’s or doctoral studies, applied for their visas after U.S. President Biden took office in January, according to the state-run media outlet’s report, which cites an unnamed source familiar with the matter.

At a regular press conference Tuesday, Chinese Foreign Ministry spokesperson Zhao Lijian said China had lodged stern representations with the U.S. over the matter. He said China urges the U.S. to correct the mistakes and reconsider the visa applications.

Many of the students intended to study majors like electronic engineering, computer science, chemistry and materials science at universities including Harvard, Yale and Massachusetts Institute of Technology. About a quarter of them had been awarded scholarships, the report said.

According to China Daily, the students were denied visas on grounds that included Presidential Proclamation 10043, signed last May by then U.S. President Donald Trump.

The proclamation suspends entry of Chinese graduates or researchers, at the discretion of the secretary of state, to prevent them acquiring “sensitive United States technologies and intellectual property.”

Chinese constitute the largest segment of the international student population in the U.S., however they have had to contend with increasing hurdles since the Trump administration tightened visa regulations in 2018, especially for those studying in high-tech fields.

Although 382,000 Chinese students on F-1 and M-1 visas studied in American schools last year, accounting for 31% of total international students in the U.S., their numbers had declined by 20% compared to 2019.

The U.S. Embassy and consulates in China resumed visa appointments in May for students planning to study in American universities in the fall, after the U.S. lifted travel restrictions for students from China and several other countries.

The China Daily’s source said that, under the Biden administration, there have been cases of Chinese students and scholars being denied visas, being searched and questioned at airports for long periods of time for no apparent reason, or being deported from the U.S. Some have also been harassed, detained or summoned by security authorities while in the U.S., the source said.