China Puts Most Powerful Agency in Charge of Climate Policies 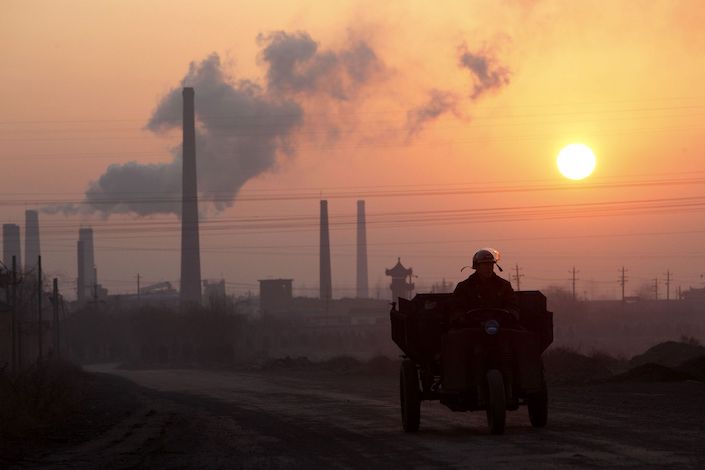 A man drives past a factory in Linfen

(Bloomberg) — China put its top economic planning body in charge of devising a plan for the world’s biggest polluter to cut greenhouse gas emissions, indicating that climate policies are gaining a more central role in the nation’s long-term development strategy.

The country’s top officials told the National Development and Reform Commission a few months ago to lead the drafting of a nationwide roadmap to top out carbon emissions, according to people familiar with the matter who asked not to be named. A spokesperson said the NDRC now houses the office for a “small leading group” of officials working on China’s policies to zero out emissions.

The NDRC was in charge of China’s climate policies until 2018, when the government transferred its climate change department and related responsibilities to the organization now known as the Ministry of Ecology and Environment, or MEE. The latest move essentially reverses that decision, handing the bulk of the climate portfolio back to the NDRC.

Under the new arrangement, the NDRC will take the lead in charting the broad plan for cutting emissions as well as roadmaps for cleaning up carbon-intensive sectors such as power generation and metals production, the people said. Meanwhile, the MEE will oversee the carbon market, emissions reporting and international cooperation, two of the people said.

Before President Xi Jinping told the United Nations last September that China would be carbon neutral by 2060, efforts to curb emissions had largely been overseen by the less powerful MEE. The ministry employs an “end-of-the-pipe” approach to ensure factories keep their emissions of harmful pollutants such as sulfur dioxide within accepted limits. It conducts inspections and imposes fines, which helps improve air quality but leaves companies free to belch out planet-warming carbon dioxide.

The NDRC, meanwhile, sets energy and industrial policies including approving power projects and deciding on subsidies — putting it in a much better position to induce the type of structural change needed to achieve the 2060 goal. The ambitious target will require heavy investment in renewables and winding down of the dominant coal industry, which the NDRC could facilitate even though it has tended to err on the side of supporting industry over environmental concerns.

“It’s too early to say if the transfer of power is good or bad for China’s climate ambitions,” said Li Shuo, an analyst with Greenpeace East Asia. On one hand, the NDRC is arguably “better positioned to mobilize resources and coordinate diverging interests,” he said. Competition between the two ministries could also slow policy implementation, he said.

For example, the establishment of a carbon market has been long delayed by disagreements between the NDRC and MEE over how much to punish companies for polluting. The Wall Street Journal reported last month that the NDRC “gained the upper hand in negotiations,” citing people familiar with the matter, limiting the scope of the carbon market at its launch.

NDRC chief He Lifeng chaired the first meeting May 28 of a new working group on cutting emissions. The task force itself is headed by Vice Premier Han Zheng, one of China’s seven most powerful leaders, whose responsibilities include overseeing the NDRC.

There were signs that a shift was underway even earlier this year. When Chinese special climate envoy Xie Zhenhua, who works for the MEE, met with his U.S. counterpart John Kerry in Shanghai in April, NDRC Vice Secretary General Su Wei attended as well. The presence of Su, who used to be China’s chief climate negotiator and ran the NDRC’s climate department until 2016, indicates the agency was already involved in climate policy at the time.

Even before the NDRC was officially tapped in Beijing, some provincial governments such as Zhejiang appointed the economic planning body’s local branches to work on regional emissions reduction plans, one of the people said.