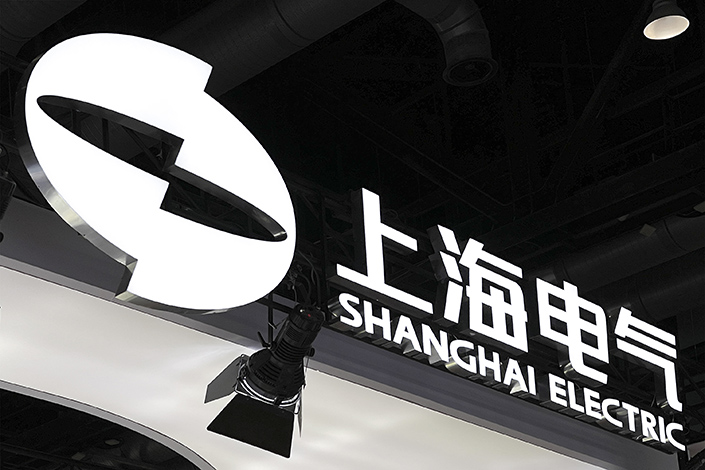 Shares of Shanghai Electric fell 4.8% on Tuesday after a late Monday announcement that it was being investigated by China’s securities regulator. Photo: VCG

Investors deserted energy and industrial equipment manufacturer Shanghai Electric Group Co. Ltd. after the Chinese securities regulator said it was probing its failure to disclose information in the wake of the firm’s revelation in May that it was owed billions of yuan in repayments.

Shares of Shanghai Electric (601727.SH/02727.HK) fell 4.8% on Tuesday after its late Monday announcement (link in Chinese) that it was being investigated by the China Securities Regulatory Commission (CSRC) over violations of disclosure rules. No details were given.

The stock fall extended a 22% plunge since the end of May, when the state-owned enterprise (SOE) announced (link in Chinese) that up to 8.3 billion yuan ($1.3 billion) in net income attributable to shareholders was at risk because four clients of subsidiary Shanghai Electric Communication Technologies Co. Ltd. had delayed repayments.

The four clients, all SOEs, had missed the repayment of a combined 4.5 billion yuan, according to the filing in May. Shanghai Electric’s 7.8 billion yuan in loans to the subsidiary was also at significant risk of being unrecoverable, it announced.

The CSRC probe is likely to be linked to the delayed payments, an energy industry insider told Caixin, possibly exposing the company to legal jeopardy. The company’s Hong Kong shares dropped 21% over the same period.

It is “highly likely” that investors will seek compensation through the courts, possibly at some time after the securities regulator hands down any punishment, said Xu Feng, director of Shanghai Jiucheng Law Firm.

Shanghai Electric Communication Technologies has filed lawsuits with local courts in Shanghai against them, according to the filing in May.

The missed payments could be part of a chain reaction of defaults by a third party in related deals — such as buyers of the four companies, Teng Yun, a partner at Zhonglun W&D Law Firm, wrote (link in Chinese) in a note published the end of May.

While there is no clear reason why the four companies might have delayed the repayments, since they are state-owned and all have solid credit records, major defaults by a third party may have prompted them to refuse to fulfill their obligations, he wrote.

The deals linked to the defaults could also be borrowings in disguise, which is a pattern of hidden financing that regulators have vowed to crack down on, Teng said. Such practices have been used by smaller, privately owned companies because they lack effective credit records, making it difficult to borrow from financial institutions.

In China, financial institutions prefer to lend to large, state-owned companies because they believe such companies are better able to repay their debts.