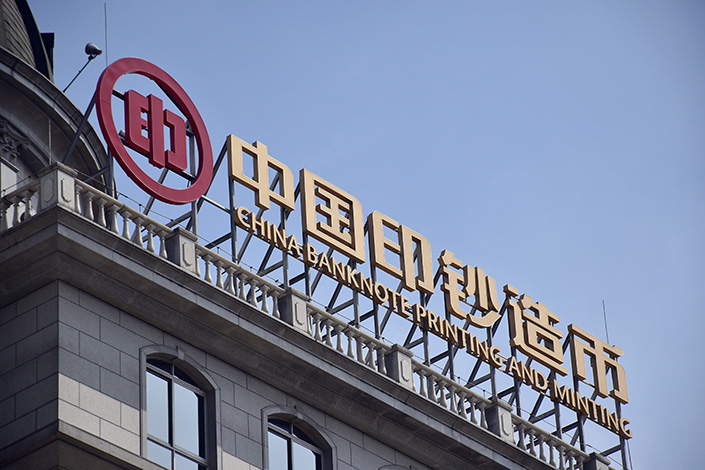 China Banknote Printing and Minting’s former General Manager He Lin has been placed under investigation by the country’s top graft buster. Photo: VCG

The former head of China’s state-owned money printing company has been put under investigation by the country’s top graft buster for a scheme that appears to be tied to procurement of currency printing facilities, making him one of the latest targets of Beijing’s years-long anti-corruption campaign.

He Lin, a former general manager and deputy chief of the Communist Party committee at state-owned China Banknote Printing and Minting Corp. (CBPMC), is being investigated on suspicion of “serious violations in (party) discipline and law,” a common euphemism for graft.

The allegations were made in a Friday statement (link in Chinese) jointly released by a team dispatched by the Central Commission for Discipline Inspection to the People’s Bank of China (PBOC) and the commission’s local counterpart in Beijing. The statement did not specify the violations.

He, 62, had served as the CBPMC’s deputy party chief and general manager for a decade up to the end of 2013, and was named the director in charge of procurement at the PBOC in December 2013, before leaving the post and retiring in August 2018.

The investigation may link to He’s alleged corruption in procurement during his tenure at CBPMC, a source close to the central bank told Caixin.

Beijing-based CBPMC, founded in 1984 and wholly controlled by the PBOC, carries out (link in Chinese) the design, research and development, printing and minting of the yuan, China’s legal tender, which is also known as the renminbi.

The money printer uses specially made printing paper and ink, among other facilities and equipment, which require exclusive procurement, and those products have no reference prices in the market, the source said.

Government and state-owned company officials in charge of procurement used to have a bigger say in purchases, when the government procurement procedures were less regulated, according to the source.

China first issued the Government Procurement Law in 2002, which aims to improve transparency and regulations of government procurement, but only launched relevant implementation rules (link in Chinese) 13 years later.

Chen Guangquan, a senior official of another company wholly owned by the central bank, may also have involved in corrupt activities tied to procurement, for example, receiving millions of yuan in kickbacks when handling purchases from a supplier, said sources familiar with the matter.

Chen, 48, a member of the party committee and chief technology officer of China Financial Computerization Corp., has been placed under investigation, according to a statement (link in Chinese) released on June 8 by anti-corruption watchdogs.