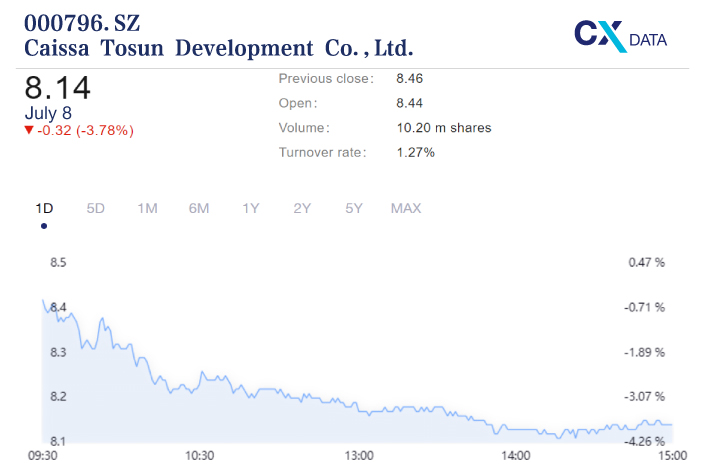 Caissa Tosun Development Co. Ltd., a leading tour operator backed by the financially struggling HNA Group, has announced a plan to buy Alibaba-backed rival UTour Group Co. Ltd. for nearly $1 billion, in a deal that would create a new national champion in the space.

In a noteworthy but ultimately inconsequential development, three HNA-nominated members objected to the deal among the 11 Caissa directors who voted on the deal, allowing it to ultimately pass, according to the announcement dated June 29.

China is one of the world’s largest leisure travel markets, fueled by a booming economy that has created a new generation of both domestic and international tourists. Many of those book their travel through tour agencies, especially less experienced tourists, providing a lucrative opportunity for operators like Caissa and UTour. The new company would be worth about $1.7 billion, based on the pair’s most recent market values combined.

The deal will see Caissa issue new shares to acquire all of UTour’s shares based a ratio of 0.7716 Caissa shares for every UTour share, according to the announcement. Such a ratio was based on both companies’ average prices over the 20 trading days before the announcement, and included a 20% premium over UTour’s average price during that period.

UTour’s Chairman Feng Bin and Vice Chairman Guo Hongbin would hold 8.98% and 3.15% of the merged company’s shares, respectively, giving them a combined stake higher than HNA’s.

The announcement showed that of 11 Caissa board members who voted on the deal, three nominated by HNA objected, citing the need for further research. An HNA spokesman had no additional comment beyond the reason given in the announcement.

HNA acquired its stake in Caissa for 280 million yuan in 2012 when it was first embarking on its acquisition spree that would later leave the company weighed down with a crippling debt load. Caissa went public three years later in 2015 through a backdoor listing using an existing HNA publicly traded company.

From that point on the company became HNA’s main vehicle for vacation tours as it moved aggressively into tourism-related sectors. But HNA gradually lost control of Caissa starting in the second half of 2017 as it was forced to use its holdings in the tour operator to pay off other debts.

Meantime, UTour counts Alibaba among its shareholders after the e-commerce giant purchased 5% of the company last year for 385 million yuan. It wasn’t immediately clear how much that stake would be diluted following the merger with Caissa.