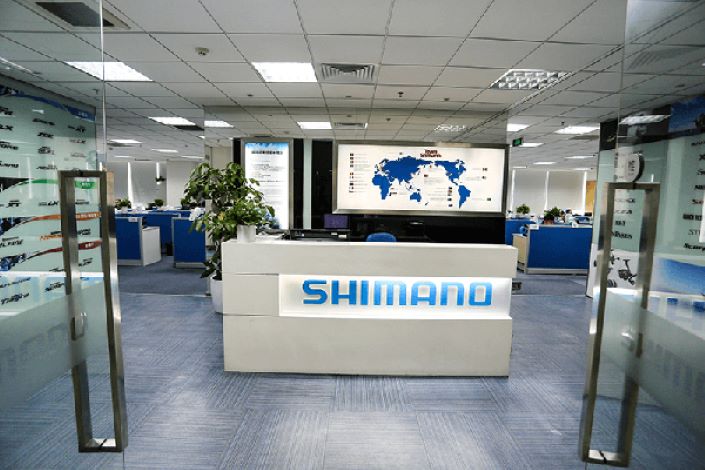 The office of Shimano in Shanghai. Photo: Shimano.com

(Nikkei Asia) — Japanese bicycle-parts maker Shimano is investing about 20 billion yen ($179 million) to build a new plant in Singapore amid a surge in demand in the wake of the coronavirus pandemic, its newly appointed president, Taizo Shimano, has told Nikkei Asia.

As consumers gravitate toward bicycles as a transportation method with a relatively low risk of coronavirus transmission, the demand for bikes and related products is skyrocketing globally.

Shimano, with its high global share in bicycle transmissions and other components, is facing a shortage in production capacity. The decision comes as the company’s existing Singapore factory, which was built in 1973, deteriorates.

Despite the pandemic wreaking economic havoc around the globe, the Japanese company generated 63 billion yen of net income in fiscal 2020, up 22.5% from the previous year. For fiscal 2021, Shimano forecasts its net income will grow by 25.4% to 79 billion yen.

The bulk of the funds is being invested in the Jurong Innovation District on the west side of Singapore, where the existing plant is also located. The new plant will produce parts such as transmissions for high-end bicycles.

Shimano has positioned the new plant as a “factory of the future” that emphasizes digitalization.

The plant is scheduled to come online by the end of 2022. It was supposed to be completed by 2020 but was delayed due to a reduction in its large number of construction workers to curb the spread of the virus.

Shimano also decided to invest another 13 billion yen ($118 million) in its two domestic factories in Osaka and Yamaguchi to expand production capacity. Shimano intends to improve efficiency at these two factories by adding cutting-edge manufacturing equipment and software.

With the two domestic plants increasing production, Shimano says “this year the total production will be 1.5 times more compared to that of 2019.”

With new waves of Covid-19 infections hitting the world, consumers have been using bikes to keep healthy when physical training facilities close during lockdowns. One bike-shop owner in Tokyo told Nikkei Asia that the industry was facing difficult times in procuring bike parts, especially transmissions.

As of fiscal 2020, bicycle parts sales made up about 80% of Shimano’s total sales. Fishing equipment made up about one-fifth of its sales and also helped to boost its profits.