By Yang Yuqi and Cai Xuejiao 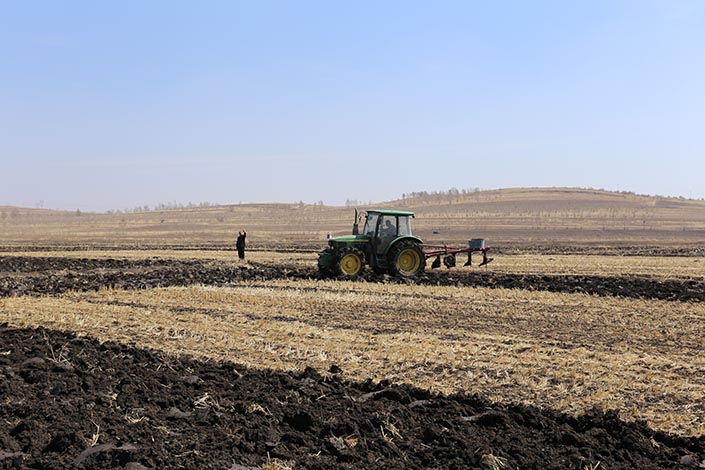 Northeast China’s black soil, some of the most fertile in the world, has been significantly degenerated by over-cultivation in past decades, according to a newly released white paper.

Irrational cultivation and tillage over the past 30 years, as well as climate change, have resulted in problems including erosion and declining fertility, according to the document released (link in Chinese) by the Chinese Academy of Sciences.

The institution calls for better conservation of the soil, which accounts for less than 7% of the world’s land area. The northeast’s black soil zone covers 1.09 million square kilometers, accounting for about 12% of the global total. The zone accounts for a quarter of the country’s grain production. China’s Northeast covers the provinces of Liaoning, Jilin and Heilongjiang.

In guidelines issued (link in Chinese) in February, the State Council, China’s Cabinet, stressed the importance of “promoting a conservation farming model.”

Since 1990, according to the white paper, the black soil area under cultivation has continued to increase. And cultivation in sloping areas has intensified the level of soil erosion, which has then diminished the soil’s fertility. The black soil area has suffered erosion over 218,700 square kilometers, according to latest data released by the Ministry of Water Resources.

Long-term tillage has also reduced the quality of the soil, as cultivation significantly reduced microbial activities and increased compaction, making crops harder to grow in such an environment, according to the white paper.

Liu Xiujun, deputy director of the Institute of Northeast Geography and Agroecology at the Chinese Academy of Sciences, told Caixin that irrational cultivation and tillage are the main causes of land degradation in the Northeast.

However in recent years, farmers have reduced the use of mechanical devices in farming, instead adopting conservation measures and only using machinery five or six times between spring and autumn, Liu said.

“In fact, with the development and use of land, degradation is an inevitable process as organic matter continues to age and mineralize,” he said. “What we can do is to imitate the formation process of black soil by replenishing new organic matter to achieve a dynamic balance.”

The white paper also said that climate change has intensified land degradation. With global warming, the area has suffered from drought, while increasing heavy rain in some years is likely to result in floods in black soil areas.