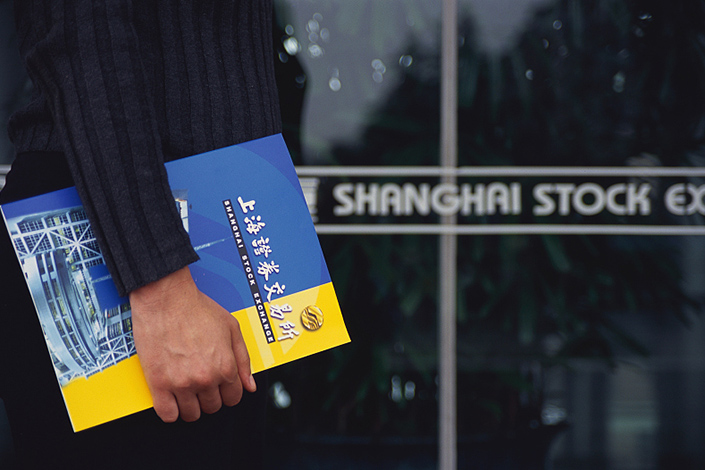 Chinese solar companies may be worried about the potential impact of a recent U.S. import ban on four Chinese makers of polysilicon. Photo: VCG

In its prospectus (link in Chinese), Jinko Solar said its secondary IPO will help to address a funding shortage. It added it will use proceeds from the listing to boost its financial position and expand its production of solar modules.

The move comes as Chinese solar panel makers shift their focus back to domestic capital markets from the U.S. where their stocks are generally valued at lower levels compared to what they would get in China, an electricity industry analyst told Caixin speaking on condition of anonymity.

U.S. pressure on Chinese-listed firms to make their accounting records more available for inspection when fraud is suspected may also be driving the move to make such secondary listings back at home.

The global photovoltaic supply and sales chains are gradually moving from Europe and North America to China, which has become the world’s largest market for photovoltaic products both in terms of production and applications.

European and American investors are relatively unfamiliar with Chinese companies in the industry, the analyst said. Accordingly, such companies are returning to more familiar domestic stock markets to improve their financing ability and fund business expansion – a trend that is likely to intensify stiff competition, the analyst added.

In addition to the valuation gap, Chinese solar companies may also worry about the potential impact of a recent U.S. import ban on four Chinese makers of polysilicon, the main ingredient used to make solar panels, due to alleged links to human rights violations in the western Xinjiang region. China has repeatedly denied such claims.

Jinko and CSI may purchase some polysilicon for their solar panels from the sanctioned companies. But neither company was directly sanctioned, and it wasn’t clear if their finished panels might also be subject to U.S. import restrictions, or if the two companies themselves may be sanctioned in the future.