Didi Warns of ‘Adverse Impact’ After Takedown of 25 Apps 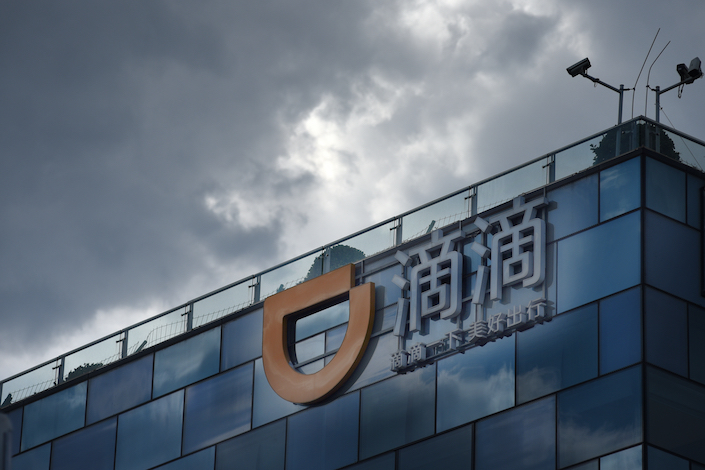 Ride-hailing giant Didi Global Inc. warned of an “adverse impact” from Chinese regulators’ order last week to remove 25 of its mobile applications in an intensified crackdown on the company’s data operations, adding to investors’ concerns over the freshly listed company’s outlook.

Didi confirmed Monday the takedown of 25 apps it operated offering services ranging from carpool to finance in accordance with a Friday order by China’s cyberspace regulator, which cited “serious illegal collection and use of personal information.”

Didi said it “expects that the app takedown may have an adverse impact on its revenue in China.” More than 90% of Didi’s revenue comes from ride-hailing in China.

Didi’s shares fell more than 7% Monday to $11.16 apiece. That adds to a rout that began after the Cyberspace Administration of China (CAC) stunned the industry and investors by launching a probe into the company just two days after it pulled off the second-largest U.S. share sale by a Chinese enterprise. The company went public at $14 a share less than two weeks ago and reached $16.40 before the crackdown.

Didi, which debuted June 30 on the New York Stock Exchange in a $4.4 billion initial public offering (IPO), has been hammered by a series of regulatory actions. The CAC order to remove the apps covering almost all of Didi’s offerings came days after regulators banned downloads of its main ride-hailing app for cybersecurity review.

The moves against Didi mark an escalation of China’s broader campaign to restrain rapidly expanding internet platforms that control massive amounts of user data in China. They also underscored some long-standing issues casting a shadow over Didi’s growth prospects.

Founded in 2012, Didi offers a range of services including ride-hailing, chauffeurs, bike-sharing, financial services and autonomous driving. Didi has operated at a loss since its inception. It reported a total net loss of 35.3 billion yuan ($5.45 billion) in the 2018–20 period, according to the prospectus it filed with U.S. regulators. The company also said it may not achieve or maintain profitability anytime soon.

Regulatory compliance has long been an Achilles’ heel for Didi. In 2017, China issued new rules requiring all ride-hailing platforms, their partner drivers and vehicles used for services to obtain licenses and permits. However, as of the end of 2020, none of China’s 214 ride-hailing companies, including Didi, were fully in compliance with the rules.

About 32.3% of orders on the Didi platform came from fully licensed drivers and vehicles in December, while the rate for its Piggy Express, which targets younger consumers with more affordable services, was only 14.5%.

To expand its fleet to drive growth, Didi has dodged regulations, according to some company employees.

“In addition to paying subsidies, the platform also added unlicensed drivers and vehicles to increase supplies and cut costs,” said a Didi staff member at its ride-hailing unit.

Didi’s growth momentum is weakening at home, where it generates 90% of revenue. The company posted revenue of 133.2 billion yuan, 147.9 billion yuan and 133.6 billion yuan in the past three years, signaling a saturating market, another staff member said,

Meanwhile, the outlook for the company’s international expansion and profitability is grim. Businesses outside China recorded only 2.3 billion yuan of revenue in 2020.

Didi in recent years has made relentless efforts to diversify into new growth areas. Community group-buying, which allows users to order fresh groceries in groups and get them delivered to the neighborhood the next day, is the company’s next growth engine after ride-hailing, a company employee said. CEO Cheng Wei in a company meeting Nov. 3 said Didi’s investment in the community group-buying unit Chengxin Youxuan has no limits. Total revenue of Didi’s non-ride-hailing businesses, including bike-sharing, finance and freight, reached 5.8 billion yuan last year.

China’s market regulator in March fined Didi’s Chengxin Youxuan and four other major group-buying platforms for “deceptive pricing” with a penalty of 1.5 million yuan each. Didi made plans to spin off its newly created grocery-delivery service before the U.S. IPO to minimize risks.

In May, China’s antitrust watchdog ordered Didi and nine other leaders in on-demand transport to halt practices including arbitrary price hikes and unfair treatment of drivers.

In addition, Didi also faces a government request to cut down commission fees and correct unfair prices along with nine other ride-hailing platforms.

Didi waived its brief original attempt for a share sale in Hong Kong in mid-2020 after China Securities Regulatory Commission signaled that it wouldn’t give a blessing to the IPO. The regulator said Didi wasn’t ready for a listing because it hasn’t complied with the regulations such as safety and qualification of drivers, a few brokers told Caixin.

Bonnie Cao and Bloomberg contributed to this story.