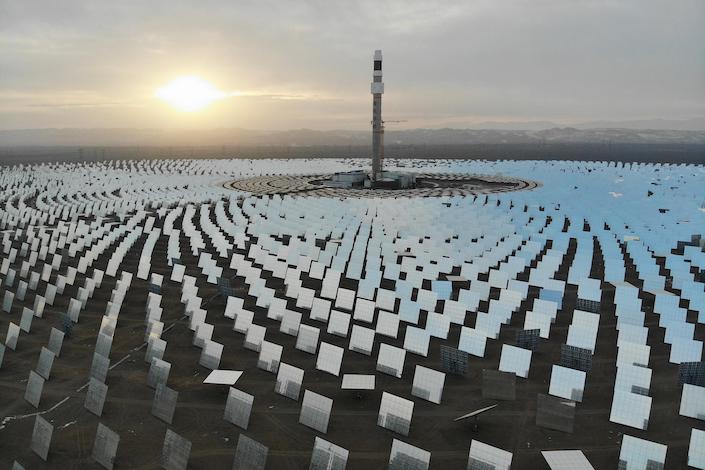 China’s energy industry regulator is formulating a series of new rules and regulations to guide development of the power storage industry, Xu Ziming, a senior official of the National Energy Administration, said Sunday in Beijing at an industry summit. At the same event, Xu Wenli, an official at the Ministry of Industry and Information Technology, said the ministry is also studying industries related to solar power, energy storage and key energy devices in a bid to set up related industry policies.

Global electric-car makers’ demand for batteries to power their vehicles will rise to 406 gigawatts in 2023, while supply totals 335 gigawatts, representing a shortfall of nearly 18%, energy market research institute SNE Research said in a report. The gap will further widen to 40% by 2025, according to SNE.

China is embarking on a building spree for battery swapping centers as Beijing pushes electric vehicle (EV) makers and others to build out infrastructure to support its aggressive drive into clean vehicles. The nation’s network of battery swapping centers totaled 716 at the end of June, nearly three times the number at the end of last year, according to the China Electric Vehicle Charging Infrastructure Promotion Alliance. Leading EV maker Nio said last week it aimed to have as many as 700 of its own battery swapping stations nationwide by the end of this year — more than double its total midway through the year.

The average price for carbon trading in China this year is expected to be about 30 yuan per ton ($4.60), giving the market a total value of 168 billion yuan ($25.9 billion), Citic Securities said in a research note. The prediction is in line with that of local carbon trading pilot programs but is far below the average European Union price of 42 euros ($49.40) per ton. Over the next few years, China’s carbon market price is expected to rise modestly, the broker said. On July 7, the State Council said the national carbon emission trading for the power generation industry would be launched this month.

The Shanghai Stock Exchange accepted applications June 28 from JinkoSolar Holding Co. Ltd. and Canadian Solar Inc. for initial public offerings on the tech-savvy STAR Market. Both Chinese companies’ shares trade in the U.S. They are seeking to debut on China’s domestic market through restructuring. JinkoSolar plans to raise 6 billion yuan ($925.9 million) while Canadian Solar eyes 4 billion yuan. JinkoSolar and Canadian Solar are among China’s four largest photovoltaic manufacturing enterprises which are moving toward domestic share sales amid concerns over low valuations in the U.S. market.

The Kamoa-Kakula copper mine jointly developed by Zijin Mining Group Co. Ltd. (601899.SH) and Canada’s Ivanhoe Mines Ltd. in the Democratic Republic of the Congo started full-scale operation of its first-phase project. The mine has proven reserves of more than 43.6 million tons of copper ore, equivalent to 37% of China’s total reserves. The project is set to produce 80,000–95,000 tons of copper concentrate this year.

China’s maritime imports and exports reached 3.46 billion tons in 2020, accounting for 30% of total global maritime trade. About 95% of China’s international commodities trade was delivered via sea transport. In 2020, the proportion of sea transport increased from 85% to 86% of global trade. China’s sea imports and exports were up by 6.7% to 3.46 billion tons in 2020, and the proportion of global total increased from 27.1% to 30%.