By Cui Xiankang and Cai Xuejiao 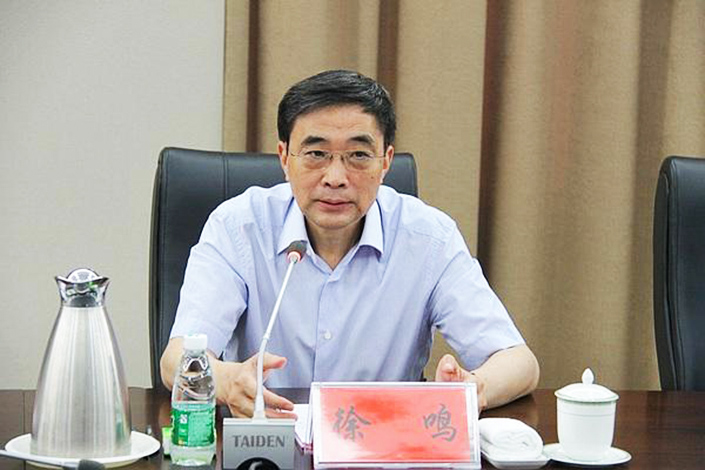 A retired deputy head of the State Administration of Grain who had also worked under disgraced Chongqing party chief Bo Xilai, has been placed under investigation for suspected corruption, joining more than a dozen current or former vice-ministerial level officials to be probed for such transgressions this year.

The 63-year-old Xu Ming is being investigated for “suspected serious violations of discipline and laws” by the Central Commission for Discipline Inspection (CCDI), the party’s internal anti-corruption body, and the government’s National Supervisory Commission, said the CCDI in the Tuesday statement.

The statement gave no further details about the allegations, but the language is the usual euphemism employed by the party to indicate corruption.

Xu is just the latest to be ensnared in a nationwide anti-corruption dragnet launched by President Xi Jinping in 2012. Known as the “tigers and flies” campaign in reference to its goal of cracking down on graft at all levels, it has seen 4 million party and government officials punished since that time.

Xu becomes the 15th vice-ministerial level official to have been probed for corruption just this year, with others including Liu Chuansheng, a retired party chief of Beijing Normal University and Yu Zhigang, former member of the National People’s Congress Standing Committee, being found guilty and punished.

With little sign that the anti-corruption campaign is slowing down, earlier this week, the CCDI announced that more than 40 senior provincial officials from across the country so far this year have voluntarily surrendered to authorities for suspected violations of Communist Party discipline and law.

Xu previously worked under Bo Xilai, the former Politburo member and Chongqing party boss, who was sentenced to life in prison in October 2013 for bribery and abuse of power.

Born in 1958 in central China’s Anhui province, Xu served in posts at the Ministry of Commerce before moving to the southwestern city of Chongqing in 2008, when he was appointed deputy secretary-general of the Chongqing Municipal Party Committee.

In 2010, Xu was appointed to the Standing Committee and promoted to secretary-general of the Chongqing Municipal Party Committee, a vice-ministerial level position.

He served in the post until June 2012, leaving just months after the former Chongqing party boss Bo was placed under investigation. In 2013, he was appointed as the deputy head of the State Administration of Grain, serving in that position until he retired three years ago.