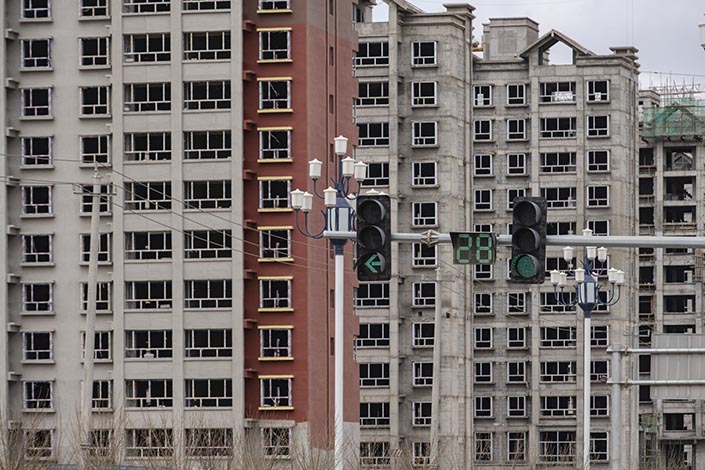 Residential buildings under construction in the new city area of Yumen

(Bloomberg) — Home-price growth in China moderated for the first time this year in June after authorities stepped up measures to cool the market with tougher mortgage borrowing.

The residential market has slowed after the government embarked on a fresh wave of steps to curb surging prices. Some banks have halted offering loans to homebuyers since May as regulators tightened lenders’ real estate exposure, according to Beike Research Institute. A surge in mortgage rates in some cities may also spread wider, hurting sales, according to Bloomberg Intelligence analyst Kristy Hung.

The banking regulator has begun to curb issuance of securities backed by residential mortgages, a move that may curtail new home loans and slow buyer demand. And in May, policy makers also signaled they might revive efforts to trial a long-delayed national real estate tax, a stronger sign of their willingness to rein in prices.

President Xi Jinping in late April repeated his mantra that houses are “for living in, not for speculation” when chairing a meeting of China’s Politburo, the Communist Party’s top ruling body.

Developers are pushing ahead projects to raise cash and bolster their balance sheets under stricter new borrowing rules as first-half earnings reporting season approaches. But their sales could lose steam in coming months as regulators prevent business loans from flowing into real estate, according to Hung.