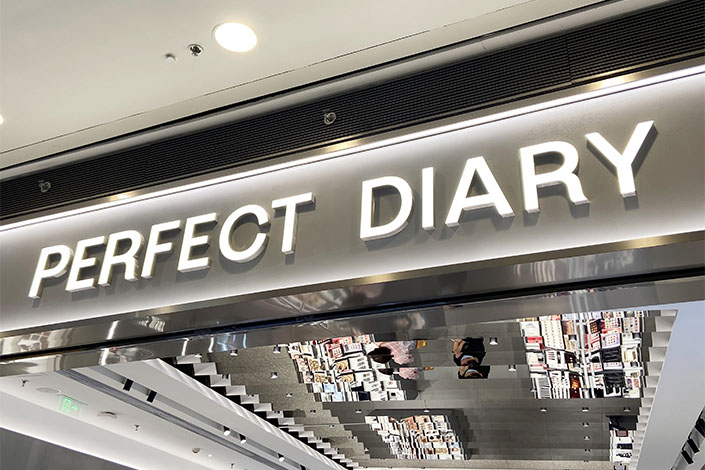 Of the 236 brands that drew more than 100 million yuan in sales during the midyear event, over 70% were Chinese, the company said. Luxury products in particular enjoyed a boost from affluent shoppers looking local.

The support for domestic companies illustrates a shift dubbed “guochao” — a term that often translates as "China chic" in English — in which consumers gravitate back to local brands they may have once dismissed. The trend has gained steam over the past year or two, particularly among those in their late teens and 20s.

E-commerce market leader Alibaba Group Holding Ltd. also took note, setting up a page specifically for Chinese brands during the “618” festival for the first time this year. The June 18 event, established by JD.com to mark the day of its founding, has become China’s second-biggest annual shopping festival behind Singles Day in November.

A 23-year-old Shanghai woman said she placed a big order for lipstick and other items from up-and-coming cosmetics brand Perfect Diary.

“It’s inexpensive, and the quality isn’t bad. It’s fashionable enough,” the woman said, adding that she is “not interested” in pricey foreign products.

Alibaba’s ranking of top-selling products by category during the sale shows a broader preference for local companies. In sports, shoes from Anta Sports Products Ltd. and Li-Ning placed in the top 10, posing a threat to the likes of Nike.

China has more than 1,100 businesses officially recognized by the government as “time-honored brands,” of which about 700 have a presence on Alibaba’s online mall.

The recent craze for Chinese brands marks a sharp turnaround from the not-so-distant past, when quality scandals fueled distrust of domestic products among Chinese consumers. The 2010s saw the start of a shift with the success of smartphones from companies such as Huawei Technologies and Xiaomi, within China as well as beyond.

Buyers were attracted to the level of quality and performance these handsets offered at a reasonable price, a view now spreading into food and daily necessities.

Generation Z, or those born since the late 1990s, grew up with local brands and do not hold big foreign names in the high esteem as past generations often did. Members of the “lie flat” movement — the growing ranks of youth opting out of China’s high-pressure rat race — are particularly pragmatic, tending to seek a balance between quality and price.

With overseas brands losing their allure, the companies behind them face the challenge of figuring out how to appeal to this new generation of consumers.