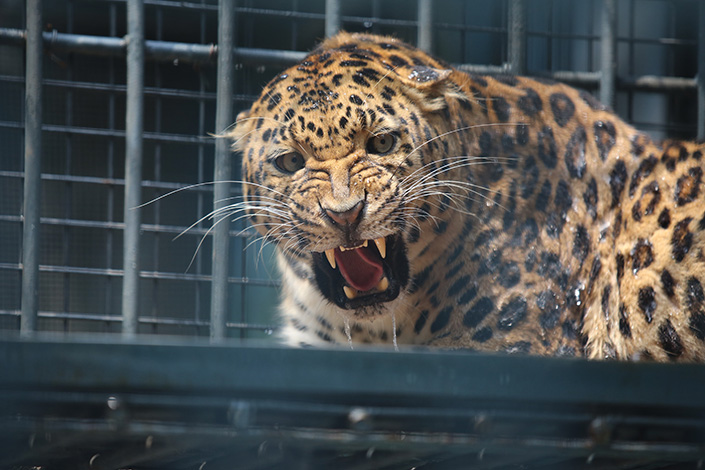 The eastern Chinese city of Hangzhou is set to implant GPS chips in zoo animals after three leopards escaped from a local safari park in April, according to a draft regulation.

The Hangzhou Forestry and Water Resources Bureau introduced the regulation (link in Chinese) Tuesday, aiming to strengthen management of the city’s wildlife, including implanting location-tracking chips in animals and adopting stricter safety controls at zoos.

One of the measures would be so-called “double access” control systems, in which enclosures’ entrances and exits are under 24-hour monitoring and have two consecutive doors which cannot open simultaneously, according to the draft of the regulation circulated to solicit public opinion.

Zoos which use electronic access control should ensure that all doors close automatically with animals kept inside their enclosures, it says.

Emergency power generation equipment should be in place to ensure the operation of the equipment in case of a sudden power failure, the draft says. Zoos are also encouraged to strengthen their digital management including display of security videos and installation of infrared monitoring systems.

For the monitoring of high-risk areas housing fierce, toxic or large animals, each security post should have two staff who supervise each other to avoid human error, it says.

Three months ago, three leopards escaped because two keepers at a Hangzhou safari park violated safety regulations while cleaning cages. But the zoo concealed the news for 18 days over revenue concerns.

One of the leopards was found on April 21 and a second on May 7. The third is still unaccounted for.