By Guo Yingzhe and Huang Rong 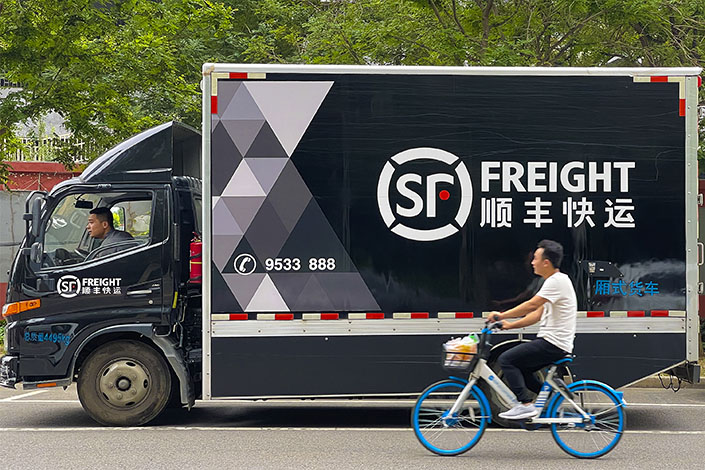 Express delivery giant SF Holding Co. Ltd. (002352.SZ) got back in the black in the second quarter of this year by improving efficiency in its main business, though some of the period’s increase came from one-time gains.

SF Holding reported an estimated net profit of 1.6 billion yuan ($252.2 billion) to 1.8 billion in net profit attributable to shareholders in the last three months, reversing the first quarter’s net loss of 989 million yuan, its largest since going public, according to its half-year earnings forecast (link in Chinese) released Wednesday.

However, the company would only be reporting a net profit of 604 million to 734 million yuan for the quarter — or a net loss for the first half — without the benefit of a handful of extraordinary gains that likely won’t be repeated in the future.

Those one-time gains include earnings from government subsidies, as well as selling down stakes in three properties to a recently-listed subsidiary, an investment fund called SF Real Estate Investment Trust, which was set up as a vehicle for the deal. The properties, consisting of two industrial parks and one logistics center, are worth 5.16 billion yuan, according to another company filing (link in Chinese).

The breakdown of the figures shows how China’s leading delivery company remains under pressure to shore up growth. By selling equity in the three properties for one-time gains, SF Holding not only raised money but also went some way toward achieving a more asset-light operation.

The company has worked to cut costs and update transit station facilities so as to ease delivery bottlenecks and improve efficiency, the filing said. It forecast that, for the first half of 2021, the net profit attributable to shareholders will fall 78% to 83% from the same period a year earlier to between 640 million yuan and 830 million yuan due to losses in the first quarter.

At a shareholder meeting in April, SF Chairman Wang Wei estimated that the company’s profit would not reach 2020 levels this year, but that he was willing to tolerate low profit for a year or two in order to make the company more competitive in the long term.

In the first quarter, SF Holding reported its first quarterly loss since its Shenzhen listing in February 2017. Wang attributed the red ink to big spending on its new e-commerce courier business and the high cost of labor during the Lunar New Year holiday, as well as to the slower growth in the company’s core business of time-sensitive express delivery.

SF Holding has been looking for new ways to boost revenue due to lackluster growth of its express services, such as delivering business documents, a business that plays to its competitive advantages.