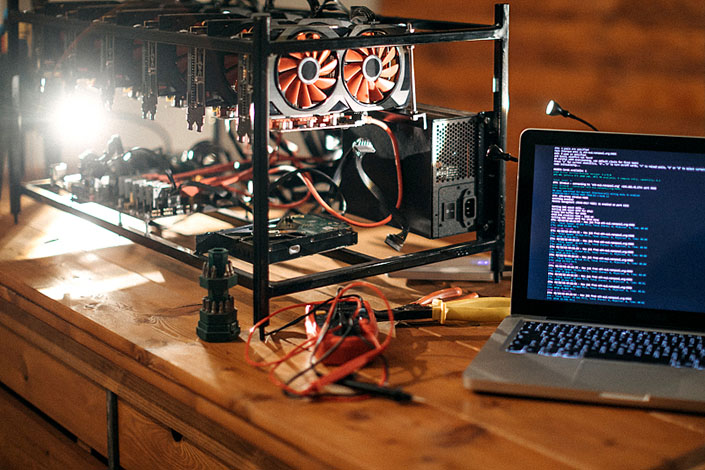 Hong Kong customs said Thursday they had for the first time broken up a suspected money laundering syndicate involving cryptocurrency, after arresting four men and shutting down the group that processed illegal funds in the city amounting to HK$1.2 billion ($155 million).

The arrests on July 8 in an operation codenamed “Coin Breaker,” and the break-up of the syndicate, were part of an investigation that started at the beginning of the year, according to a statement posted on the Hong Kong government website. The probe found the suspects had opened accounts at various banks in Hong Kong using shell companies and had made transactions through a virtual currency exchange trading platform which was not identified.

The syndicate, which operated from February 2020 until May this year, processed the funds via bank remittances and a virtual currency, according to the statement. The four men, aged between 24 and 33, have been released on bail and as the investigation is ongoing more arrests may follow, it said.

The cryptocurrency involved was the stablecoin Tether, Mark Woo, head of the Syndicate Crimes Investigation Bureau of Hong Kong’s Customs and Excise Department, said at a press briefing on Thursday. A stablecoin is a digital currency tied to a real-world asset to make it less volatile. Cryptocurrencies offer holders a certain degree of anonymity because they don’t need to reveal their true identity, as they would with a bank account, to send or receive the tokens. That anonymity made it very difficult for investigators to trace the source and ownership of the cryptocurrency, Wu said.

The syndicate laundered about HK$880 million from 40 e-wallet accounts, officials said at the briefing. The coins were cashed out through the cryptocurrency trading platform and the funds were then transferred into the bank accounts of three shell companies controlled by the ringleader, who was one of the four men arrested. The remaining HK$350 million was laundered without involving the cryptocurrency, officials said.

Hong Kong authorities proposed a rule in May that would require cryptocurrency exchanges operating in the city to obtain a license from its securities regulator and limit their services to professional investors.