By Wei Yiyang and Cai Xuejiao 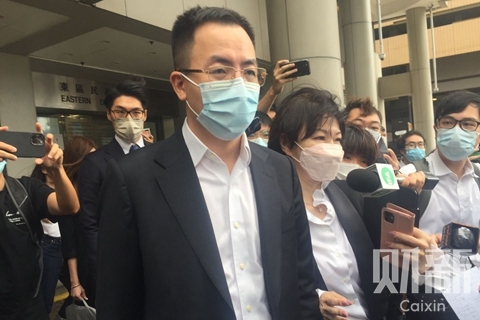 Chen Fen, the former deputy general manager in Hong Kong for developer China Evergrande Group, has been accused of attempting to rape a woman in the city on March 2, according to his lawyer.

Chen Fen, who had served as the company’s deputy general manager in Hong Kong, was accused of trying to rape a woman at a residence in the city’s Happy Valley on March 2, according to his lawyer. The case, heard by the Eastern Court on Monday morning, has been adjourned until July 30, when the date for a preliminary inquiry will be decided.

Chen’s case was first heard in May. According to Chen’s lawyer, local prosecutors initially charged Chen with rape, but changed the charge to attempted rape in June.

In Hong Kong, rape cases usually get transferred to the High Court after hearings in lower-level courts.

After two hearings, however, Chen’s case has not been transferred. The defense team believes that there was not enough evidence presented to charge Chen, and, in response, have applied for the preliminary inquiry, his lawyer said.

Police investigators have found that the alleged crime occurred the same evening as an expensive dinner that Chen and three senior government officials attended, according to local media reports.

At a press conference last week, Hong Kong Chief Executive Carrie Lam said the three officials lacked “sensitivity,” but have “paid the price” for their actions, and the government will not investigate further.