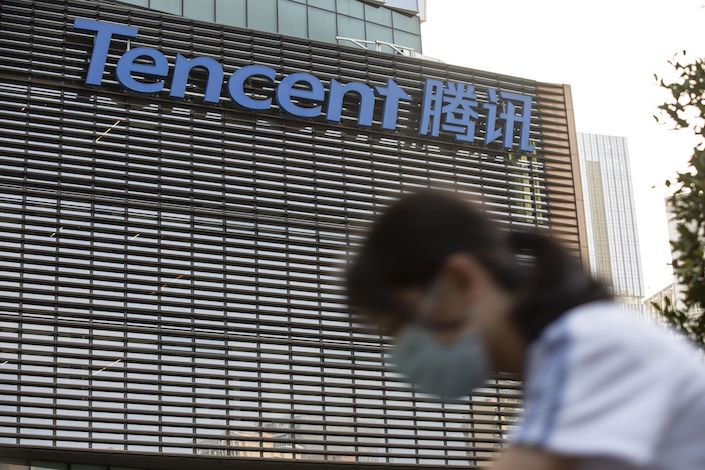 A pedestrian wearing a protective mask walks past the Tencent Holdings Ltd. headquarters in Shenzhen

(Bloomberg) — Tencent Holdings Ltd. agreed to buy the 91.25% of Sumo Group Plc that it doesn’t already own, adding to a string of gaming investments by the Chinese social media and gaming giant. The British company’s shares jumped the most on record.

Asia’s most valuable enterprise offered 513 pence per share for Sumo, a 43% premium to the British company’s previous close. On a fully diluted basis, the offer values Sumo at about 919 million pounds ($1.26 billion). Tencent already owns 8.75% of Sumo, giving the outstanding shares a value of 803 million pounds.

Tencent is the world’s largest gaming company, with stakes in giants such as Riot Games and Epic Games Inc. The company said it plans to plow a larger portion of incremental profits this year into cloud services, games and video content to fend off competition from the likes of ByteDance Ltd. and growing scrutiny from Beijing.

“Chinese deals may imply a higher regulatory risk, but we see no likely resistance or counterbid,” analysts at Jefferies Financial Group Inc. said Monday in a note. “We always understood Tencent’s interest in Sumo as being that Sumo has ‘AAA potential’ and might have seen the group’s future pipeline as attractive.”

Sumo creates games for other publishers, including Apple Inc.’s Arcade service. Other clients and partners include Xbox Game Studios, Electronic Arts Inc., Activision Blizzard Inc. and Ubisoft Entertainment SA, according to its website.

“The business will benefit from Tencent’s broad videogaming ecosystem, proven industry expertise and strategic resources, which will help secure and further the aspirations and long-term success of Sumo,” Ian Livingstone, nonexecutive chairman of Sumo, said in a statement.

The Tencent-Sumo deal follows the sale of one of Britain’s oldest games studios, Codemasters, to Electronic Arts for $1.2 billion in December over a rival bid from Take-Two Interactive Software Inc.

U.K. lawmakers are urging the government to rethink its open-door approach to foreign takeovers. Chinese investors are increasingly backing businesses emerging from U.K. universities, and some of Britain’s biggest technology companies are now owned by businesses headquartered in China or Japan.

Sumo is a success story for its home city of Sheffield in the north of England and another sign that software could help replace steel. Sheffield once had the moniker Steel City when the U.K. produced nearly half the world’s supply. But now China accounts for half of global steel output and Britain almost none.

Sumo’s headquarters are nestled on a riverbank between a 250-year-old steel foundry, Sheffield Forgemasters, and the Meadowhall shopping mall, where locals two years ago sheltered overnight after flooding devastated the region.