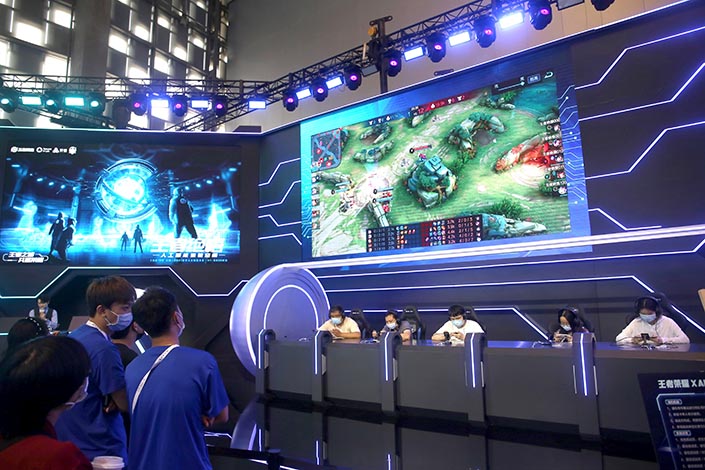 A pair of Tencent titles took the top two spots in the ranking of the world’s highest-earning mobile games for June, as the Chinese tech giant invests heavily in the business that makes up much of its revenue.

The Chinese mainland was the largest revenue source for Honor of Kings, contributing approximately 95.6% of the game’s June revenue, followed by Taiwan and Thailand with 2% and 1.2% respectively.

PUBG Mobile, a battle royale mobile game developed by Tencent’s Lightspeed & Quantum Studio, claimed the second spot with revenue of $213.8 million, about 53.3% of which came from the mainland, followed by the U.S. with 11.2%.

In June, the combined revenue generated by the world’s 10 highest-earning mobiles games amounted to $1.4 billion, meaning that Honor of Kings and PUBG Mobile accounted for about 35%.

In recent years, Tencent has redoubled efforts to snap up game studios to take on rivals from home and abroad. On Monday, Bloomberg reported that the Shenzhen-based company, which already has stakes in giants such as Riot Games and Epic Games, has agreed to buy the 91.25% of British videogame developer Sumo Group that it does not already own.