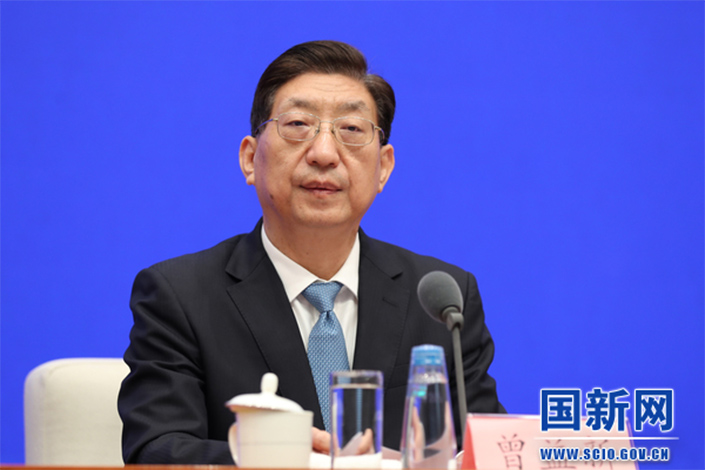 The senior health official, Zeng Yixin, said at a press conference it is “impossible” for China to accept the plan, which “disregards common sense and defies science.”

He said he was “shocked” by the plan, which includes the hypothesis that a violation of laboratory protocols resulted in leaking of the virus.

The second-phase investigation was proposed last week by Tedros Adhanom Ghebreyesus, director-general of the WHO. It would involve further studies of markets in the city of Wuhan and “audits of relevant laboratories and research institutions,” according to a statement released by the agency.

“We expect China to support this next phase of the scientific process by sharing all relevant data in a spirit of transparency,” Tedros said.

Zhao Lijian, a spokesperson for China’s Foreign Ministry, said at a regular press briefing Monday that the WHO’s proposal “is at odds with the position of China and many other countries on the issue.”

“Origins study is a serious scientific issue that requires the cooperation of global scientists. We are concerned about certain countries' politicization of the issue,” he said, urging the WHO to “adhere to the spirit of science, professionalism and objectivity.”

The first phase of investigation was conducted by a WHO-led team that included international and Chinese experts. They spent four weeks in and around Wuhan in mid-January, a year after the coronavirus was first detected.

In a report issued in March, the WHO said the virus mostly likely transmitted from bats to humans through another animal, and it is “extremely unlikely” that it was released via a laboratory leak.

Zeng, the top Chinese health official, said Thursday that the second phase of investigation should be an extension of the first phase and should be carried out after “thorough discussion and consultation among member states.”

“We should not repeat what has already been done in the first phase of virus origin tracing, especially if clear conclusions have been drawn,” he said.