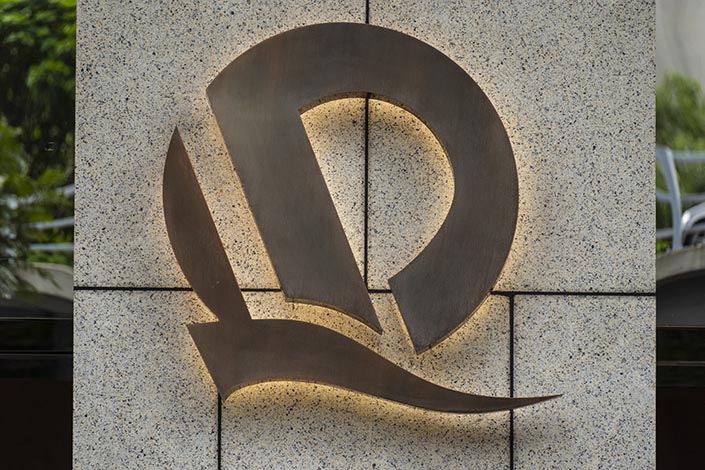 (Bloomberg) — China Evergrande Group bonds are suffering steep haircuts in a key onshore funding market, showing just how risky the bonds are perceived to be by mainland dealers.

Holders of Evergrande’s 2023 yuan bond are being forced to accept a 53% discount to pledge the note as collateral in the repo market, according to China Securities Depository and Clearing Corp. data, versus 28% in April. A markdown of around 57% of the bond’s face value was seen in the wake of the developer’s previous liquidity crisis in October, the data showed.

The larger haircuts come as the property giant struggles to convince investors it can generate enough cash to pay down debt. While Evergrande — the world’s most indebted developer — is rated the equivalent of investment-grade by China’s largest credit risk assessor, several of its onshore notes have slumped to record lows this week as concern over its financial health worsened.

Evergrande’s dollar bonds continued to extend declines, while onshore notes pared some losses Wednesday. The 2023 bond traded at 68 yuan, according to prices compiled by Bloomberg.

In China’s pledged repo market, the country’s smaller banks and broker-dealers can access financing by pledging securities they hold in return. In the event of a seller default, the repo buyer can seize the securities to compensate for the loss. Most bonds trading in China are eligible as collateral, though counterparties typically tend to prefer government or quasi-sovereign bonds to lessen the risk.

That would make debt issued by Evergrande, a privately-owned developer, an unpopular option. Several repo traders have excluded its debt from their collateral pools for at least several years due to the risks involved, according to people involved in such deals who asked to remain anonymous discussing internal matters.

Evergrande is in the process of selling properties and assets to help cover more than $300 billion worth of liabilities. Several large state-owned banks have already reduced their lending to the company, while it had a $20 million bank deposit frozen by a local court last week.

Billions of dollars have been wiped off the value of its Hong Kong-listed shares and those of its subsidiaries, effectively shutting Evergrande’s access to public funding markets. Evergrande also hasn’t sold a dollar bond since January last year as it seeks to deleverage.

Concerns about the developer have also spilled over into the broader offshore junk debt market, sending yields on these bonds to double digits this month for the time since the pandemic prompted a global selloff in March last year.

Chinese government officials have asked billionaire founder Hui Ka Yan to resolve the developer’s debt issues as quickly as possible. Hui skirted Evergrande’s last crisis by sealing a deal with a group of investors who waived their right to a $13 billion repayment. That deal included support from local governments in Guangdong and the city of Shenzhen, where Evergrande is based.