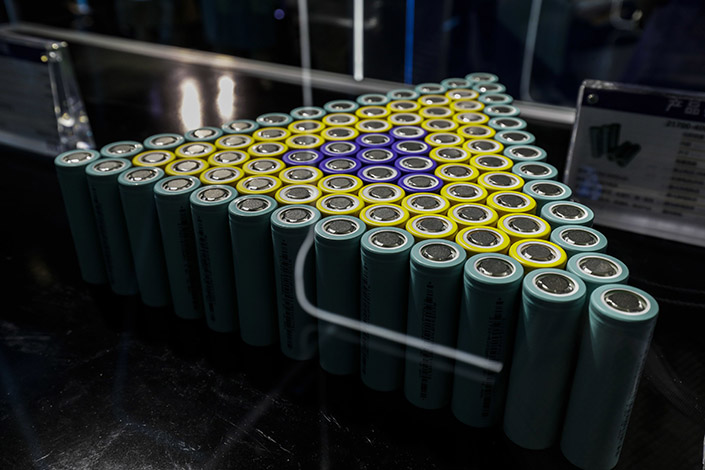 (Bloomberg) — Rising demand from electric vehicles and challenges in securing raw materials will deliver a battery supply crunch for automakers already grappling with a chip crisis, according to a key Chinese manufacturer.

“When the chip shortage is over, the major supply shortage the industry faces would be batteries,” Yang Hongxin, chairman of SVolt Energy Technology Co., which has struck an agreement with Jeep-maker Stellantis NV, said in an interview. “The production capacity of battery cells will be tight in the next few years because expansion takes time.”

Global automakers are rapidly adding electric models as battery prices plunge and as governments set deadlines to phase out sales of new combustion-engine cars to help meet climate targets. Demand for lithium-ion batteries from transport and energy storage will surge to as much as 5.9 terawatt-hours a year in 2030, putting a strain on supply chains, BloombergNEF said in an annual New Energy Outlook report published Wednesday.

Availability of sufficient lithium products, copper foil and some cathode materials could become a constraint on the battery sector’s efforts to keep pace with demand, according to Yang. Current high raw material prices may not ease until the second half of next year and “the price pressure will have to be shared along the supply chain,” he said.

“Batteries could be the next EV component facing a potential shortage,” said Dennis Ip, a Hong Kong-based analyst at Daiwa Capital Markets. Lithium materials could be in deficit for the next 2 to 3 years, a factor that would potentially add to the cost of an electric vehicle, he said.

The producer is planning an aggressive expansion in manufacturing and aiming to have capacity of more than 200 gigawatt-hours by 2025 from less than 1 gigawatt-hour in 2020. That compares to proposals from Contemporary Amperex Technology Co., the industry leader, to lift capacity to 550 gigawatt-hours, including joint projects, by the same date, according to BNEF data.

SVolt has announced four new expansion projects worth about $4.6 billion since the start of the year, including a 2 billion euros ($2.4 billion) facility in Germany that will be the firm’s first factory in Europe. The company is also considering the addition of one or two further production bases in China, Yang said.

The company is continuing to plan to list on the STAR Market of the Shanghai stock exchange in late 2022 or early in 2023, Yang said.