By Wang Liwei and Tang Ziyi 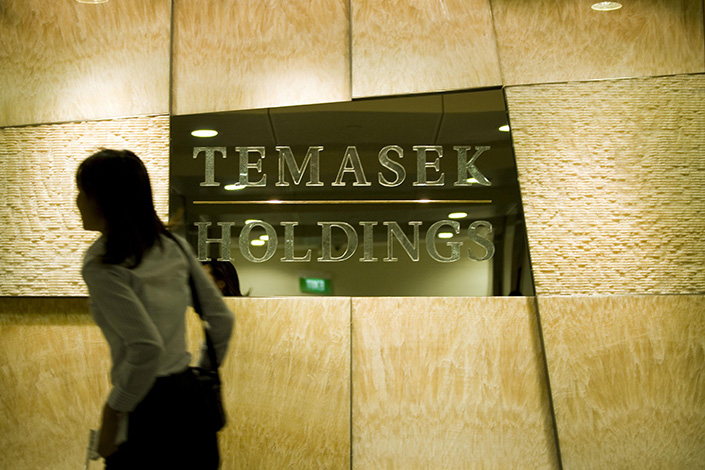 A passenger walks past a company sign of Temasek Holdings in Singapore on Feb. 6, 2009. Photo: IC Photo.

A Singaporean state-owned investment company is making carbon emissions an essential factor in its investment decisions, executives told Caixin, as it looks to fulfill its commitment to be carbon neutral by 2050.

Temasek Holdings Pte. Ltd. has set an internal price of $42 per ton of carbon dioxide equivalent to gauge the environmental costs of a project’s greenhouse gas emissions, according to the company’s financial report released on July 13. That was included in a valuation model Temasek uses to make investment decisions.

“In the long run, we believe that carbon pricing will become an important economic basis for getting a return on investments,” Wu Yibing, head of Temasek’s China operations, said in an interview on July 15. “Carbon pricing promotes carbon neutralization from the perspective of economic leverage. And as more and more investment institutions and enterprises realize this, carbon pricing will gradually become a trend.”

After setting the carbon price, the company’s investment committee has decided not to invest in some carbon-intensive projects. Rejected projects in China include some in the dairy industry, said Liu Hui, a Temasek managing director in China. Projects in energy and transportation industries may also be rejected, said Shen Ye, another Temasek managing director in China.

“Carbon emissions have become a quantitative measure (to value each investment project),” said Shen. “If a project’s carbon emissions are high, then it may not be able to obtain approval (from Temasek’s investment committee).”

That shows carbon emissions have become a mandatory evaluation standard for Temasek’s investment decisions, rather than just an optional one as it was previously, said Wu.

Last year, Temasek announced a plan to halve net carbon emissions from its investment portfolio by 2030 before eventually getting to net-zero emissions by 2050. In the fiscal year ending in March 2021, the company set up an environmental, social, and governance department, said Wu.

The company is paying closer attention to low-carbon projects, such as the new energy sector in China, said Shen.

Innovative agriculture is another low-carbon sector that Temasek is keeping a close eye on. In the past few years, the firm has invested about $5 billion in relevant projects, such as a water-saving technology project in Israel, said Shen.

Liu said the company is also exploring investment in China’s green finance market, which has a high yield and attracts many investors.

China, the world’s largest greenhouse gas emitter, has accelerated its steps to meet its carbon reduction goals. Earlier this month, it launched a national carbon trading market. This could create more opportunities for investors like Temasek, said Wu.

A previous version of this story mischaracterized what type of company Temasek is. It is a state-owned investment company.