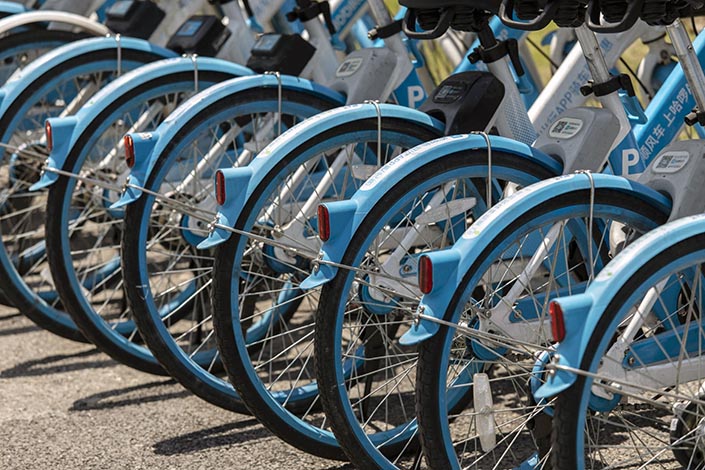 The company requested a withdrawal of its registration for a U.S. share sale, saying it no longer wanted to conduct the offering at this time, according to a filing Tuesday. Hello, which is backed by Chinese tech mogul Jack Ma’s Ant Group Co. Ltd., didn’t provide further details.

The flow of Chinese companies to New York has long been a lucrative machine for Wall Street banks who underwrite the deals, and 2021 had already become the second-best year on record for such listings. Companies have raised $15.7 billion so far this year from U.S. listings — more than the entire amount of 2020, data compiled by Bloomberg show.

But Beijing has now moved to sever that flow, proposing new rules earlier this month that would require nearly all companies seeking to list in foreign countries to undergo a cybersecurity review, a move that would significantly enhance its oversight over its tech giants. That tighter grip has thrown a wrench into the listing plans of many Chinese startups, which had typically flocked to the U.S. for its deeper capital markets, more streamlined listing processes, and broader investor base.

Shanghai-based Hello first disclosed its IPO plans in April. Credit Suisse Group AG, Morgan Stanley and China International Capital Corp. had been lined up as underwriters for the offering of the company, which is valued at about $5 billion, according to data provider CB Insights.

China’s government is overhauling the regulation of overseas IPOs by its companies, as it seeks to tighten its oversight of firms such as Didi Global Inc. and ByteDance Ltd., which control reams of valuable user data. While several companies have paused their plans to go public or are considering alternative listing venues, Hello is the first major Chinese company to officially withdraw its U.S. IPO filing.

The Shanghai-based startup — previously known as Hellobike — is one of the few firms to survive the bursting of China’s bike-sharing bubble, which had attracted billions of dollars in investment at its height. Apart from Ant Group, its investors include GGV Capital and Shanghai-listed Youon Technology Co., according to its earlier IPO filing.

Daojia, a home-services platform backed by KKR & Co., and on-demand logistics firm Lalamove are also rethinking plans to list in the U.S., people with knowledge of the matter have said.

China accelerated its crackdown on overseas listings after ride-hailing giant Didi pushed ahead with its U.S. IPO in June, despite being asked to delay the plan as early as three months ago. Even before the new rules on overseas listings were announced, Beijing-based LinkDoc Technology Ltd., which provides cancer-focused health-care services, shelved its planned U.S. IPO earlier this month, before it was set to price its deal.