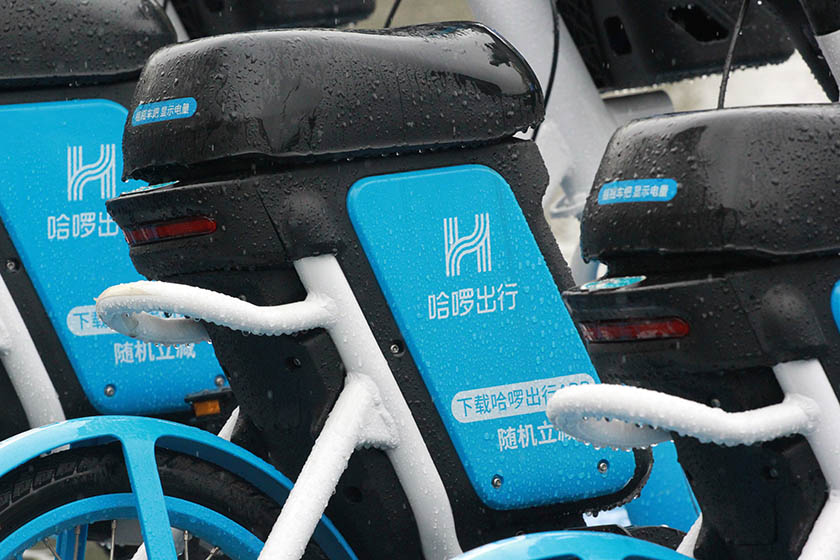 Both Hello and Soul have faced uphill climbs partly due to stiff competition in their particular areas. Photo: VCG

Shared bike operator Hello Inc. has put its plans for a New York IPO on hold, a source said on Thursday, just a day after the 11th hour withdrawal of another major Chinese high-tech listing by dating app Soul.

Hello, which is backed by Alibaba’s Ant Group financial affiliate, filed its prospectus for a New York listing on April 23, with a target of raising $100 million. But it never updated the fundraising figure, and its name recently was removed from a list of active IPO filings on the New York Stock Exchange’s website.

A source with direct knowledge of the situation told Caixin “the deal has been postponed,” while at the same time stressing it hadn’t been withdrawn. A company representative could not be immediately reached using the contact number provided on Hello’s original IPO prospectus.

Word of the deal’s temporary shelving came just a day after Tencent-backed Soulgate Inc., operator of a dating-style app focused on platonic relationships, announced it had withdrawn its own IPO that was in a more advanced stage. Since first disclosing its plan to list last month with an initial fundraising target of $100 million, Soulgate had gone on to announce a price range and updated its target to about $230 million.

The stock was set to make its trading debut this week. But Soulgate said on Wednesday it had scrapped the deal at the last minute during the pricing phase after being contacted about other funding options.

The suspension of two such big deals comes amid a steady stream of others by Chinese tech firms that have successfully come to market in recent days. One of those, used electronics company Aihuishou International, rose 23% in its trading debut last week after raising about $220 million. Another by trucking logistics specialist Full Truck Alliance rose 13% on its first trading day in New York this week after the company raised an even larger $1.6 billion.

Soulgate, Hello Inc., Full Truck Alliance and Aihuishou are all young companies that have posted strong revenue growth in the last two years. But all are also losing big money.

Accordingly, the suspension of the Hello Inc. and Soulgate deals was probably more related to the specific companies, rather than indicative of a sudden market cooling towards fast-growing but money-losing Chinese tech startups, said an analyst at a mid-sized brokerage in Hong Kong, speaking on condition of anonymity due to company policy.

“I think both Hello and Soul postponing their IPOs reflects challenges for those individual companies, not broader market sentiment,” he said. “Full Truck Alliance and Aihuishou recently successfully listed, both of which were reasonably well received although have since drifted lower. I think the market sees their growth prospects as having a greater degree of clarity than Hello or Soul.”

Both Hello and Soul have faced uphill climbs partly due to stiff competition in their particular areas. By comparison, Full Truck Alliance and Aihuishou are operating in relatively greenfield areas.

Although it counts financial giant Ant Group as a backer, Hello has had to contend with competition backed by online-to-offline services specialist Meituan and ride services giant Didi Chuxing. Both Meituan and Didi Chuxing can offer a wider range of complementary services to users of their shared bike apps, whereas Hello’s crossover potential with Ant Group is much more limited.

Didi Chuxing also filed for a New York IPO earlier this month, in a highly anticipated move that could be one of the biggest global listings this year.

Similarly, Soul faces stiff competition from the older Momo and Momo’s fully-owned Tantan service, which are collectively often referred to as the “Tinder of China.” The company has also tussled in court over the last two years with another rival, Uki, which in 2019 successfully sued two Soul employees for intentionally broadcasting material that ended up getting Yuki removed from domestic app stores for three months.