Smartphone Brand Honor Makes a Comeback After Being Ditched by Huawei 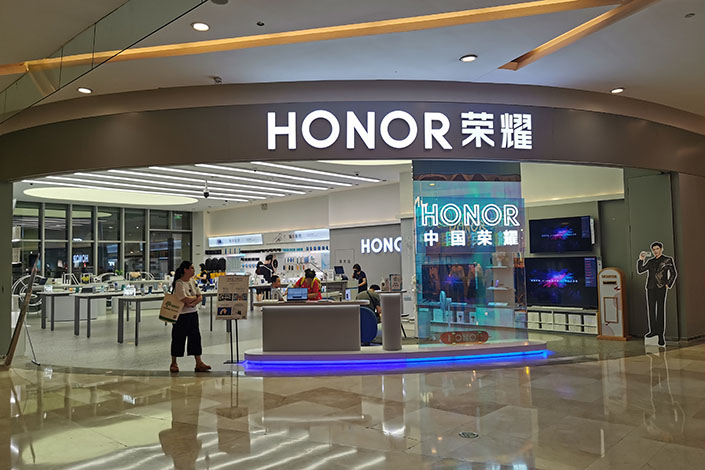 Honor was China’s fifth best-selling smartphone brand in the second quarter of 2021, making the top rankings for the first time since being cut loose from Huawei Technologies Co. Ltd. last year.

Facing U.S. sanctions, Huawei sold its budget smartphone brand Honor to a Chinese government-backed consortium in November in exchange for the opportunity to keep the brand’s industry chain intact.

In the three months through June, Honor shipped 6.9 million devices in China, giving it the title of the country’s fifth highest selling smartphone maker with a market share of 8.9%, according to research firm IDC. However, the shipment figure represents a year-on-year drop of 46%, making Honor the only brand in the top five to record a contraction in sales over the quarter.

IDC linked Honor’s rise to hot sales of the budget Changwan 20 series and mid-range Play 5 series, which were launched in April and May, respectively.

During the three-month period, Vivo retained its position as China’s largest smartphone vendor with a market share of 23.8%, 6.7 percentage points higher than in the same quarter of last year. This week, Vivo and Shanghai-based delivery company Dada Group reached a deal that will enable Vivo phones sold on the latter’s online grocery platform JDDJ to be delivered within an hour of being ordered.

In total, 78.1 million smartphones were shipped in China in the second quarter, down 11% year-on-year, according to IDC, as Huawei, once a top Chinese smartphone brand, took a sales hit in the aftermath of a U.S. ruling preventing it from accessing chips made with American technology.

IDC said that the top four enjoyed decent year-on-year shipment growth, but that couldn’t offset sharp sales declines for the others including Huawei.