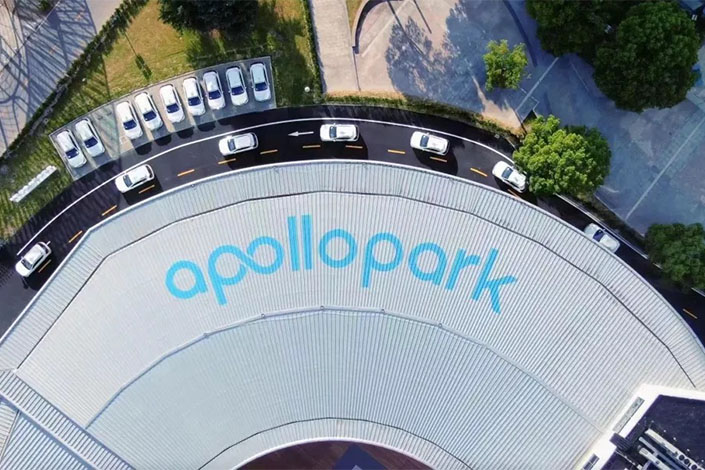 Baidu’s third Apollo Park got up and running in Shanghai on Wednesday, injecting impetus into the tech giant’s ongoing efforts to achieve mass use of its autonomous vehicles.

Located in Shanghai International Automobile City, an automotive industry cluster in the financial hub’s Jiading district, the new 10,000-square-meter Apollo Park is intended to function as a cloud and big data operations center for Baidu’s connected self-driving vehicles, the company said in a statement.

The park, which houses an R&D center and a self-driving technology developers’ community, paves the way for a future fleet of more than 200 Baidu robotaxis in Shanghai, according to the statement.

Currently, Baidu is operating a very limited number of robotaxis which are yet to be made available to the general public, a Baidu representative told Caixin.

The park announcement comes a week after Baidu expanded its Apollo Go robotaxi service to Guangzhou, home to its second Apollo Park and designed as a testing base for autonomous vehicles and their application in various scenarios such as passenger transportation and street cleaning.

Baidu completed the construction of its first Apollo Park in Beijing last year, saying it would perform tasks including testing its vehicle-to-infrastructure communication technology that enables a two-way exchange of information between vehicles and traffic signals, lane markings and other smart road infrastructure via a wireless connection.

On Tuesday, Beijing announced (link in Chinese) its decision to allow qualified companies to test their autonomous vehicles on a 10-kilometer section of Beijing-Taipei expressway, with Baidu becoming one of the first firms to obtain a permit to conduct such road tests.