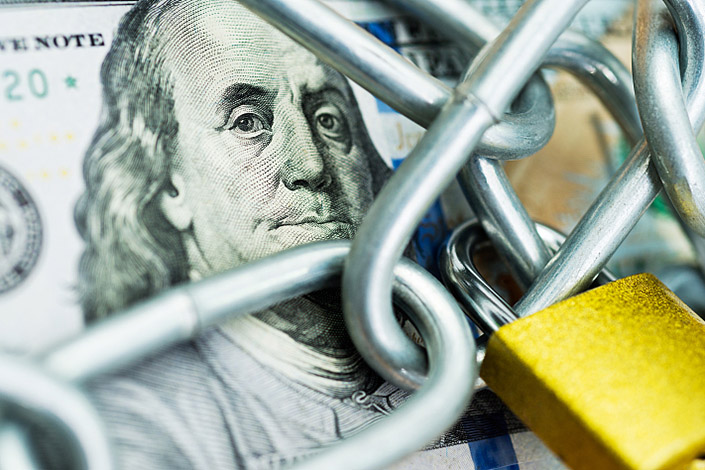 State Street, which runs the Tracker Fund of Hong Kong, says units of the fund will not be offered or sold in the U.S. Photo: VCG

The manager of Hong Kong’s largest and most-popular exchange-traded fund (ETF) has amended its prospectus to specify that U.S. investors will be barred from buying units in the fund from June, the latest example of how global financial institutions are getting caught up in the financial decoupling between China and the U.S.

State Street Global Advisors Asia Ltd. (State Street), which runs the Tracker Fund of Hong Kong (TraHK), said units of the fund will not be offered or sold in the U.S. or to any “US Person,” according to the amendment which was released on Thursday. A U.S. person refers to any U.S. citizen, lawful permanent resident, and entity located in or outside the U.S., the new prospectus said.

“Unitholders who are US Persons are reminded that TraHK is not an appropriate investment vehicle for US Persons, and if US Persons continue to hold any Units after 3 June 2022…, U.S. law may prevent them from disposing of or otherwise dealing in their Units,” the manager said in a separate statement released the same day.

The announcement follows a warning in January from the manager, which is part of Boston-based State Street Global Advisors Inc., that the ETF was no longer appropriate for U.S. investors. The warning was made in the wake of a ban on U.S. investors trading in Chinese companies with alleged ties to the Chinese military imposed by the administration of former President Donald Trump.

The TraHK was set up by the Hong Kong government in 1999 to manage and dispose of billions of dollars of shares it bought in 1998 to prop up the Hong Kong stock market during the Asian Financial Crisis. State Street was appointed as manager of the fund which currently has HK$96.8 billion ($12.4 billion) of total net assets under management.

The ETF tracks Hong Kong’s benchmark Hang Seng Index, which includes companies subject to the U.S. trading ban such as telecom giants China Mobile Ltd. and China Unicom (Hong Kong) Ltd., as well as CNOOC Ltd., the listed arm of one of China’s state-owned oil giants. State Street announced on Jan. 11 that it would refrain from new investment in the three companies and that it would also seek to divest holdings in sanctioned securities that were included in any investments it managed.

But State Street backtracked a few days later and said it would resume investing in U.S.-blacklisted Chinese companies, causing widespread confusion among investors. There was speculation that State Street’s initial decision faced resistance from the Hong Kong government which considered replacing State Street with another manager.

China-U.S. tensions in the financial sector began under the Trump administration but have continued under President Joe Biden who took office in January. In June, his administration amended Trump’s original ban and expanded the sanction list to 59 Chinese companies with alleged links to the military or that are involved in the surveillance industry.