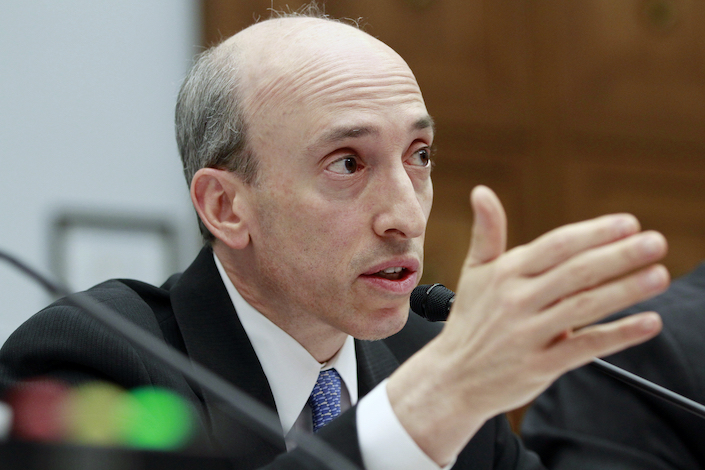 The U.S. Securities and Exchange Commission will require additional disclosures from Chinese companies seeking to sell stock in the U.S. as the Chinese government’s crackdown on foreign listings and enhanced cybersecurity reviews are “relevant to U.S. investors.”

SEC Chairman Gary Gensler asked the staff to seek additional disclosures from Chinese businesses about the risks of Chinese government actions that could affect company values before signing off on registration statements to float shares in the U.S., Gensler said Friday in a statement.

“I believe such disclosures are crucial to informed investment decision-making and are at the heart of the SEC’s mandate to protect investors in U.S. capital markets,” Gensler said.

A crackdown this month by Beijing on tech and private tutoring companies prompted a selloff of Chinese stocks on Wall Street. Losses by Chinese tech and education stocks since February topped $1 trillion, according to data compiled by Bloomberg.

Offshore issuers associated with China-based operating companies, known as companies with variable interest entity (VIE) structures, must “prominently and clearly” disclose that they face uncertainty about future actions by the Chinese government that could significantly affect the operating companies’ financial performance, Gensler said in a statement.

Chinese companies are also required to disclose whether the operating company and its shell company issuer received or were denied permission from Chinese authorities to raise funds on U.S. exchanges and the risks that such approval could be denied or rescinded.

China recently revised a regulation to make clear that any Chinese company holding the personal information of 1 million or more users would have to seek a government cybersecurity review before a foreign share flotation. This means that in the future almost all Chinese internet companies that are eligible to go public in the U.S. will come under review. Several data-rich Chinese enterprises suspended their overseas share-sale plans after the Didi fallout.

Chinese companies also must disclose that the U.S. Holding Foreign Companies Accountable Act of 2020 could result in the delisting of a VIE operating company in the future. Under the legislation, the Public Company Accounting Oversight Board (PCAOB) must be permitted to inspect issuers’ audits by public accounting companies within three years. If the PCAOB is unable to do so, the companies’ shares will be kicked off American exchanges.

In light of the recent developments in China and the overall risks associated with China-based VIE structures, Chinese companies with such structures must tell investors that they are not buying shares of a China-based operating company but instead are purchasing stock in a shell company that maintains service agreements with the associated operating company, according to the Gensler statement. The issuer must clearly explain the financial relationship between the operating company and the issuer, according to the statement.

Even though the additional disclosure requirements don’t bar Chinese IPOs, the SEC has the right to suspend registrations until applicants provide the required information, an investment banker said.