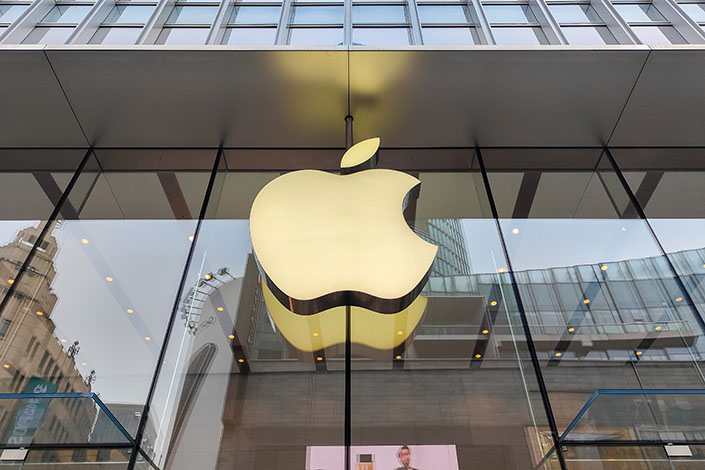 An Apple store in Shanghai on April 12. Photo: VCG

(Nikkei Asia) — Apple is tapping more suppliers in China for key roles in producing the latest iPhone, a sign that the country’s technological competitiveness is continuing to increase despite Washington’s attempts to rein in Beijing’s tech ambitions.

Chinese electronics maker Luxshare Precision Industry will build up to 3% of the upcoming iPhone 13 series, winning orders away from Taiwanese rivals Foxconn and Pegatron, Nikkei Asia has learned. Apple is slated to produce between 90 million and 95 million of the new iPhones through January.

Luxshare will start building the iPhone 13 Pro — as the premium model is expected to be called — this month, according to sources, a major breakthrough for a company that has never produced iPhones on its own. Newcomers to the Apple supply chain normally start out making older iPhone models. Two companies that Luxshare acquired last year, South Korean camera-module maker Cowell and metal-frame maker Casetek of Taiwan, will also supply key components and parts for this year’s new iPhones, sources familiar with the matter said.

“Although Luxshare only makes a small percentage of iPhones this year, we can’t let our guard down,” said a senior executive at a rival iPhone supplier. “If we don’t strengthen our competitiveness, sooner or later they will be the major source.”

Apple boasts the world’s most complex consumer electronics supply chain, churning out roughly 200 million iPhones, 20 million MacBooks and tens of millions of AirPods a year. The company’s notoriously high manufacturing standards mean that any company in its supply chain is seen as being among the best in its field.

The rise of Chinese Apple suppliers comes at the expense of rivals in the U.S., Taiwan, Japan and South Korea, several of whom are either seeing their share of orders shrink or who have dropped out of the Apple supply chain completely.

China’s success also comes despite an ongoing U.S. crackdown on Chinese chipmakers, including trade restrictions aimed at blocking their access to vital American tools and technologies.

Hunan-based Lens Technology previously only supplied glass backs and cover glass for iPhones, but this year will also supply metal casings for the first time, Nikkei has learned, thanks to its acquisition last year of a rival’s metal frame and casing plants in China.

Meanwhile, China’s biggest maker of smartphone camera lenses, Sunny Optical Technology, entered the iPhone supply chain for the first time this year, people familiar with the matter said. The Hong Kong-listed company will supply rear camera lenses, though its share is still small, according to the sources.

Based in Zhejiang Province, Sunny Optical — a key supplier to China’s Xiaomi, Huawei, Oppo and Vivo — has long been viewed as a key competitor to Largan Precision of Taiwan, the leading maker of premium smartphone lenses and a longtime iPhone supplier. Sunny Optical’s revenue nearly tripled from 2016, while its net profit has quadrupled.

Beijing sees BOE as the country’s best hope for challenging Samsung, the world’s largest and most advanced OLED supplier. Apple is also keen to bring the Chinese display maker into the iPhone supply chain as a way of increasing its bargaining power with Samsung.

Wingtech is also in the process of buying the U.K.’s biggest chip plant, Wales-based Newport Wafer Fab, via Nexperia.

Eric Tseng, chief analyst with Isaiah Research, said companies like Luxshare, Goertek, Wingtech and Lens have all been gaining orders in the Apple supply chain recently. The rise of Luxshare — which started out providing relatively simple components for iPhones just a few years ago — is likely to be a bargaining chip for Apple against its longtime manufacturing partner Foxconn, he added.

“We foresee Apple’s need to diversify its sourcing and manage its costs amid the geopolitical uncertainties that will continue to rise in the coming years, which will give Chinese suppliers a good opportunity to expand shares in the supply chains and create bigger pressure on the existing suppliers,” Tseng told Nikkei Asia.

Apple, Luxshare, Lens, BOE and Sunny Optical did not respond Nikkei’s Asia’s requests for comments as of publication.