Sinologist Praised as the ‘Dean of Chinese History’ Dies in U.S. at 91

By Cai Xuejiao and Li Jiayu 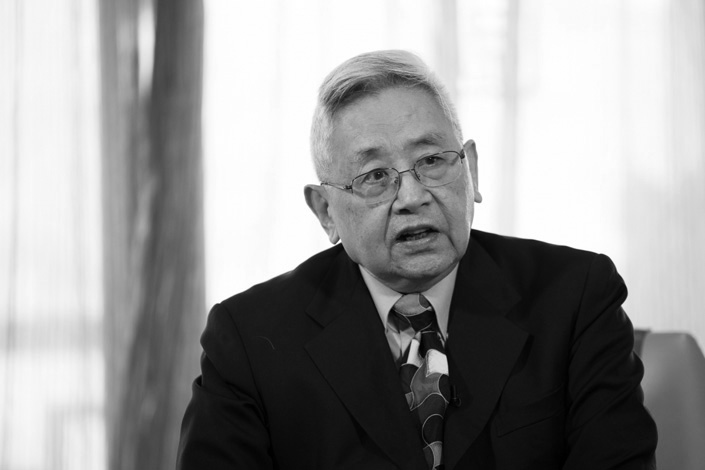 Renowned Chinese-American historian and Sinologist, Yu Ying-shih, famous for his mastery of Chinese history and philosophy, died Sunday in the United States. He was 91.

Yu passed away in his sleep at home in Princeton, New Jersey, according to an obituary published Thursday by Taipei-based academic institution Academia Sinica, where he had been an academician since 1974.

Described in citations as “the greatest Chinese intellectual historian of his generation” and “the 21st-century dean of Chinese history,” Yu was awarded the prestigious Kluge Prize for lifetime achievements for the study of humanity in 2006.

In 2014 he won the Tang Prize in the category of Sinology, an award that is known as the “Nobel Prize of the East.”

In 1962, Yu began his academic career teaching at the University of Michigan and became a professor at Harvard University in 1966. From 1973 to 1975, he served as president of his home university, New Asia College, and vice chancellor of Chinese University of Hong Kong.

“Yu was recognized for playing a pioneering role in bringing previously neglected, major aspects of Chinese history into the mainstream of scholarship and public consciousness,” said an article published by Princeton University in its report on Yu’s Kluge Prize.

The article also described Yu as a scholar who “has researched and written extensively on every period of Chinese history.”

Yu authored and published dozens of books in English and Chinese. One of his most influential works, “History and Thought,” first published in 1976, has been reprinted 34 times, a rare phenomenon for a history book, according to media reports.

Yu’s research into the traditions of Chinese history and culture and traditional scholar-officials in ancient China is included in “Public Intellectuals and Chinese Culture,” “Studies on the Later Years of Fang Yizhi,” and “The Historical World of Zhu Xi: A Study of the Political Culture of Song Literati.”

He also researched and wrote about modern intellectuals Hu Shih, one of the leading members of China’s New Culture Movement, and Chen Yinque, a renowned 20th century Chinese historian and poet.