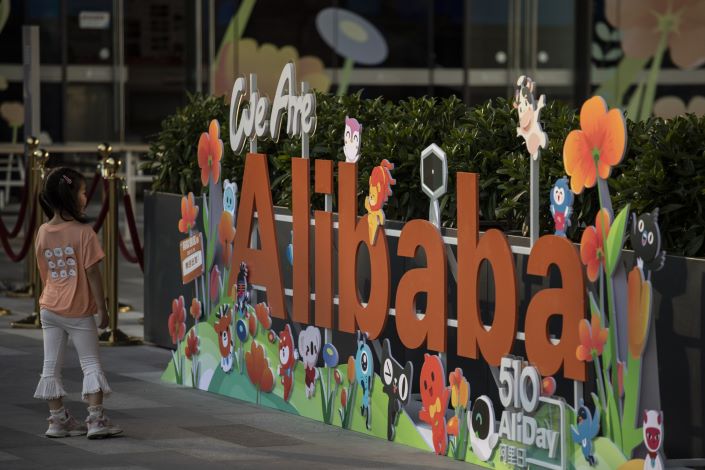 The headquarters of Alibaba Group Holding Ltd. in Hangzhou, China, on May 8, 2021. Photo: Bloomberg

(Bloomberg) — Alibaba Group Holding Ltd. has warned investors that years-long government tax breaks for the internet industry will start to dwindle, adding billions of dollars in costs for China’s largest corporations as Beijing extends its campaign to rein in the sector.

China’s No.1 e-commerce company told some investors during post-earnings calls this week that the government stopped treating some of its businesses as so-called Key Software Enterprises (KSE) — a designation that conferred a preferential 10% tax rate, according to people familiar with the matter. The Tmall operator forecasts an effective tax rate of 20% for the September quarter, up from just 8% a year ago, the people said, asking not to be identified discussing private conversations. Going forward, Alibaba warned that most internet companies will likely no longer enjoy the 10% rate, they added.

The move reflects Beijing’s tightening regulatory approach toward its largest tech companies from Alibaba to Tencent Holdings Ltd. and Meituan, which have come under fire for using their troves of data to enrich investors at the expense of users. On Thursday, the state-backed newspaper Securities Times argued in an op-ed that China should scrap tax breaks to gaming companies because now they are big enough to thrive on their own.

“Because the preferential tax rates related to KSE are subject to annual review by the relevant tax authorities in China, there is always risk that companies that apply would not be granted the tax benefit,” Citigroup analyst Alicia Yap wrote in a research note Friday. “The argument basis sounds reasonable given a tightening regulatory environment and recent antitrust investigation and fines on the internet sector.”

China’s effort to free up more tax revenue reflects a global trend. A tax deal struck between the world’s richest countries this year brought global governments a step closer toward clawing back some power from technology giants that have used century-old regimes to build up wealth eclipsing the economies of most nations.

China’s government has over the years handed out a wide range of tax incentives and financial aids to its now giant internet sector. While the standard corporate income tax rate in the country is 25%, those who qualify as high-tech enterprises enjoy a 15% rate and an even-more generous 10% rate is awarded to those deemed to operate essential software.

The removal of such incentives demonstrates Beijing’s willingness to go after private enterprises to address social inequities and rein in powerful interests. Its campaign against big tech is now entering its 10th month, a roller-coaster ordeal that’s prompting nervous investors to ponder the longer-term ramification of a crackdown that quickly spread from Jack Ma’s twin giants of Ant Group Co. and Alibaba to others like Tencent and gig-economy leaders Meituan and Didi Global Inc.

The loss of the preferential tax status at its core marketplaces like Taobao and Tmall could mean Alibaba will miss out on a tax benefit of roughly 11 billion yuan ($1.7 billion) for this fiscal year, Bocom analyst Connie Gu estimated. “But Alibaba has a diversified business portfolio,” she said. “It can still apply for tax reduction in the following years and also for other units like cloud, when they get profitable.”

For 2020’s September quarter, Alibaba recognized tax credits of roughly 6.1 billion yuan after tax authorities renewed the Key Software Enterprise status for some subsidiaries, the company said in its earnings statement at the time. That tax benefit meant Alibaba paid a 18% effective tax rate for fiscal 2021, during which it swallowed a record $2.8 billion antitrust penalty. The company told investors its effective tax rate for fiscal 2022 could rise to 23% to 25%, the people said, adding that some businesses will continue to enjoy the 15% rate for high-tech enterprises.

On Tuesday, Alibaba posted its first sales miss in two years for the June quarter, underscoring how its spending spree in newer businesses like online grocery and supermarkets has yet to pay off. But a $15 billion share buyback program — the largest in its corporate history — helped stem initial losses. Alibaba’s shares were largely unchanged in Hong Kong trading Wednesday even as rivals like Tencent and Kuaishou Technology plunged after state media trained its attention on gaming addiction and vulgar content.

In Tencent’s case, earnings could drop by more than 6% this year and fall roughly 9% the following two years if the social media and gaming leader loses its key-software tax status and starts paying a 25% effective tax rate from the second quarter of 2021, Citi’s Yap said. Tencent didn’t immediately respond to requests for comment.