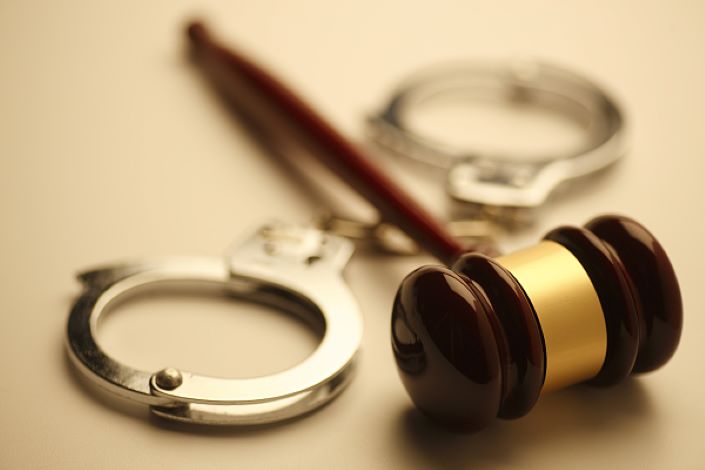 Han Xu, a law professor at Sichuan University, told Caixin the public security bureau’s action against the lawyers is not in line with China’s criminal procedure law. Photo：VCG

Two lawyers have been detained by police in the northeastern China city of Panjin on suspicion of “picking quarrels and provoking trouble” in relation to charges of spreading fabricated information in the form of a courtroom video featuring a prosecutor’s error.

The lawyers, Zhou Xiaoyun, from Guangzhou Guangqiang Law Firm, and Nie Min, from Beijing Huatai Law Firm, were taken by police from their homes separately in late July and earlier this month. They were placed under residential surveillance in the Liaoning province city, according to their family members and lawyers.

On Thursday, the Panjin public security bureau issued a statement (link in Chinese) saying the lawyers were found to have cooperated with the son, surnamed Teng, of a suspect in a criminal case to post and spread fabricated information online.

Nie provided material for Zhou and Teng paid Zhou to publish the information, the statement said.

The statement gave no more details and Panjin police declined to add any information when contacted by Caixin.

Teng is the son of a Liaoning businessman who has been charged in relation to leading an organized loan fraud, Caixin has learned.

In June 2020, a Panjin district court held an open hearing into the businessman’s case. Nie attended the trial as defense lawyer. The court hearing was broadcast on the official website for livestreaming trials.

Following the trial, a clip from the proceedings went viral on social media platforms. It featured controversial statements from the prosecutor, such as “taking bribes but not getting things done proves that judicial officers guaranteed their moral baseline.”

The city’s procuratorate later issued a statement clarifying that the judicial staff involved in Teng’s case had in fact returned the money, but the prosecutor made an inaccurate statement about this in court.

Zhou was taken from home by police on June 29, and Nie was taken on Aug. 2, according to their family members.

Lawyers representing Zhou and Nie met the pair virtually via video link on Saturday. Both insisted on their innocence, their lawyers said.

Han Xu, a law professor at Sichuan University, told Caixin the public security bureau’s action against the lawyers is not in line with China’s criminal procedure law, which prohibits the bureau from opening investigations into both Teng’s case and his lawyers’ case.

The two lawyers’ cases have been transferred to another public security bureau in the city, however Han noted it should be reopened due to incorrect procedure.