By Sun Liangzi and Matthew Walsh 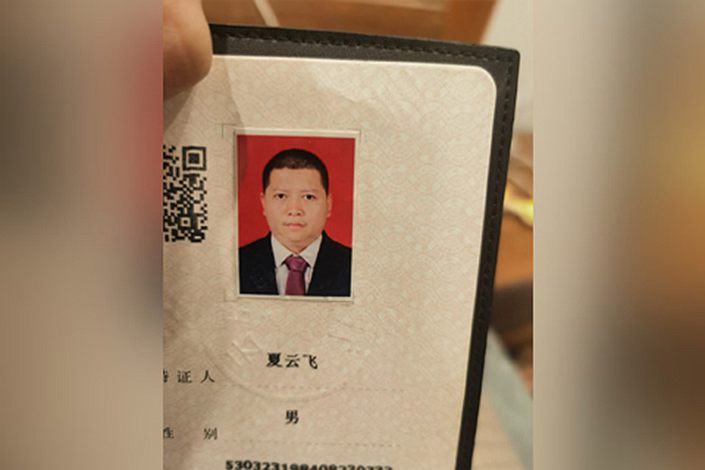 Xia maintains that he was unaware of the group’s activities and that he never exceeded his professional duty to offer impartial legal advice.

A lawyer in Southwest China has launched an appeal after being sentenced to 10 years in jail for participating in an organized crime group, forced trading and false litigation.

Xia Yunfei, 36, of Shizong county, Yunnan province, was found guilty in July of using his legal knowledge to help a local mafia organization commit crimes including theft, bribery and embezzlement.

Xia maintains that he was unaware of the group’s activities and that he never exceeded his professional duty to offer impartial legal advice.

The case comes nearly three years into a nationwide crackdown on organized crime. The government campaign has ensnared a number of lawyers believed to have provided services to people with links to criminal groups.

The case against Xia centers on his relationship with an organized crime gang led by Zhang Yongming, 41, a convicted criminal who ran a company called Shizong Xinyitai Trading Co. Ltd., which dealt in coal, ore, noodles and engineering projects.

The firm has been unveiled as a cover for Zhang and more than a dozen cronies to engage in loan sharking, charging usurious monthly interest rates of up to 7% and using violence and illegal detentions to collect debts. Zhang was sentenced in July to 24 years behind bars.

Public prosecutors allege that after the two men first met in 2016, Xia repeatedly provided legal services to Zhang despite knowing that he was engaged in criminal activity.

A key line of inquiry has been whether Xia is guilty of false or fraudulent litigation. Zhang previously told the court he paid Xia 200,000 yuan ($29,773) to represent him in a number of civil lawsuits.

Prosecutors accuse Xia of filing four lawsuits on the group’s behalf, three of which were related to loans.

They allege that in one instance, Xia represented the group in a land dispute despite knowing that the contract permitting the use of the site had been transferred to Zhang under coercion due to an outstanding loan worth 4 million yuan plus interest.

Prosecutors also accuse Xia of forced trading, saying he used threats, harassment and entrapment to coerce an indebted borrower into handing over his shares in a local building materials company, allowing the group to take control of the firm.

Xia denies all of the charges.

In July, Zhang was placed back behind bars for organizing and leading a mafia-like organization, theft, bribery, forced trading, illegal detention, false litigation, intentional property destruction and “picking quarrels and stirring up trouble.”

The court also ruled that Xia, despite knowing about the gang’s criminal activities, had repeatedly offered professional advice with the intention of giving their deeds a veneer of legality. A date for the appeal has not yet been set.

Last year, a lawyer in East China’s Anhui province was acquitted (link in Chinese) of participating in criminal gangs but was convicted of fraud and sentenced to 12 years behind bars, pending the outcome of an appeal.

In a similar case the same year, a lawyer in the northwestern Qinghai province was charged (link in Chinese) with fraud and extortion after working as an advisor to a local loan company. The charges were later withdrawn.