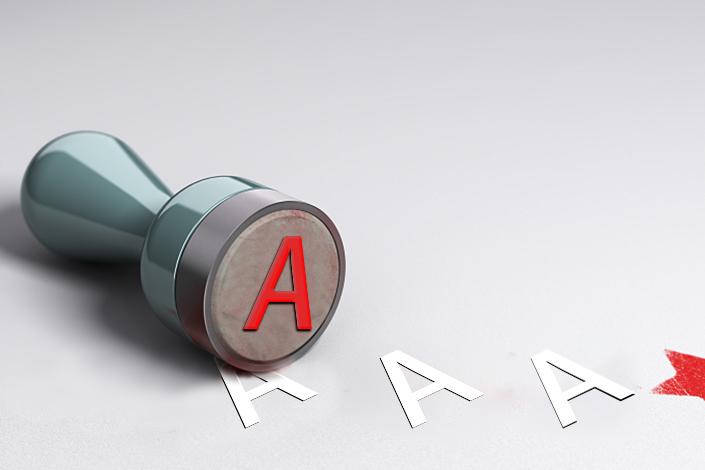 The “good old days” when ratings agencies made easy money from doling out credit rankings are gone and the industry as a whole may shrink, some analysts have said. Photo: VCG

China’s central bank has suspended almost all credit ratings requirements for companies who sell bonds and other debt financing instruments on the interbank market, as regulators continue their overhaul of the credit ratings industry to stamp out problems such as inflated rankings.

The halt on the need for an issuer rating will apply to all non-financial companies as part of a pilot program to promote the market-oriented reform of the industry, the People’s Bank of China (PBOC) said in a statement (link in Chinese) on Wednesday. The interbank market is China’s main bond market, accounting for 86% of outstanding onshore bonds (link in Chinese) at the end of last year.

The move is the latest measure by financial regulators to shake up the sector and restore market confidence after a series of scandals and defaults of highly rated bonds exposed deep-rooted problems including inflated ratings and corruption. Investors have long complained that domestic ratings agencies award some companies high rankings they don’t deserve in order to secure clients and have failed to flag risks of default.

The PBOC’s announcement follows a similar move implemented in February by the China Securities Regulatory Commission for bonds traded on the country’s two stock exchanges. It also comes in the wake of a decision in March by the PBOC-backed National Association of Financial Market Institutional Investors, which oversees the interbank market, to cancel the requirement for issuers to disclose credit ratings on some types of bonds.

The latest rules mean the interbank market has now abolished mandatory ratings requirements for all debt other than asset-backed securities, in line with the practice in international bond markets. This will mainly benefit high-quality state-owned enterprises (SOEs), which dominate the onshore corporate bond market, as they will no longer need to pay for ratings, an industry participant told Caixin.

Weaker SOEs and privately owned companies will still have an incentive to secure an issuer rating and ratings for individual bonds from a trustworthy ratings agency in order to bolster their credibility in the eyes of investors, the person said.

The overhaul of the credit ratings sector is aimed at moving to a more market-based system that relies less on ratings paid for by issuers and encourages investors to make their own decisions about a company’s creditworthiness. Market participants have said that removing compulsory ratings requirements means ratings firms will have to compete for market share based on their credibility and the quality of their credit ratings reports rather than their price, which should lead to a more effective system for identifying risk.

In a statement (link in Chinese) released last week outlining reform measures for the sector, regulators called for an increase in ratings paid for by investors and encouraged such ratings to be used in a wider range of situations such as bond valuations and pricing.

But that’s likely to take a long time. Although investor-paid agencies issue good-quality ratings, they lack access to primary market issuance, and it is difficult for them to affect bond pricing, Li Xin, an executive at China Bond Rating Co. Ltd., a major investor-paid ratings agency, told Caixin. “In the short term, the Chinese ratings industry will remain dominated by issuer-paid agencies.”

Nevertheless, it means the “good old days” when ratings agencies made easy money from doling out credit rankings are gone and the industry as a whole may shrink, some analysts have said.