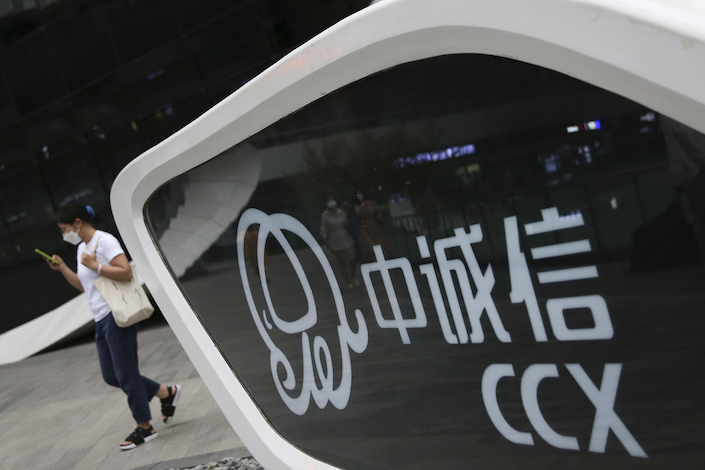 NAFMII urged the rating company to take corrective measures during the business suspension.

China Chengxin said in a statement that it accepts the penalties and has launched an internal investigation. The company promised to punish people who are found accountable.

China Chengxin earlier said the absence of on-site due diligence was partly due to business interruptions during the pandemic lockdowns and blamed Yongcheng Coal for blocking in-person interviews with employees, Caixin learned.

The Yongcheng Coal default sent a fresh alert to the market about the real creditworthiness of China’s highly rated state-owned enterprises (SOEs). China’s credit rating industry has long been plagued by concerns about inflated ratings that failed to reflect risks. According to Huachuang Securities, bond issuers with ratings in the top range account for more than 96% of China’s outstanding corporate bonds.

China Chengxin was ranked at the top of the country’s credit rating companies by the National Development and Reform Commission. The company rated 1,381 bonds on the interbank market in the third quarter, the most among all rating providers, according to NAMFII.

Luo Meihan contributed to this story.