By Kelsey Cheng and Qian Tong 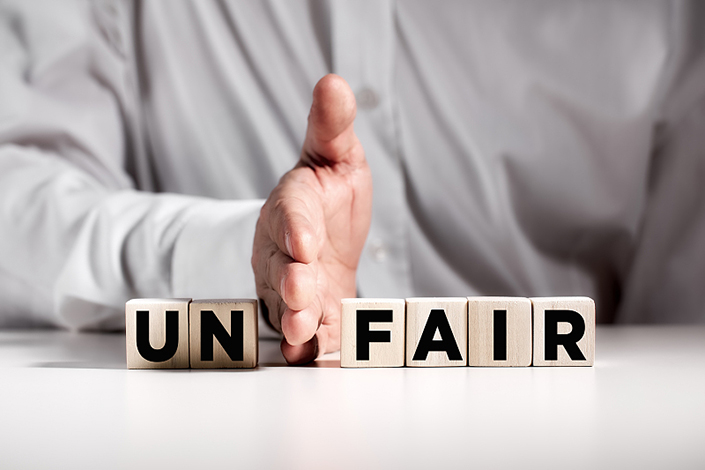 China’s market regulator on Tuesday announced detailed draft rules targeting unfair competition and use of data amid the country’s tightening oversight of monopolistic behavior in the internet industry.

Companies will be banned from using data, algorithms and other technical means to influence user choice or carry out traffic hijacking or interference, the document noted. Traffic hijacking occurs when a company embeds or inserts links on another operator’s browser to their own website without permission.

Operators should also not spread false or misleading information about their competitors and damage their reputation, nor use technical means to illegally capture or use data from other operators.

The rules, which are open for public feedback until Sept. 15, also specifically state that operators are prohibited from the practice of “choosing one of two” (二选一).

The tactic, where online vendors are forced to work exclusively with one platform, “cannot be used to obstruct or undermine the normal proceedings of other operators or disrupt the order of fair competition in the market,” the notice said.

Beijing has stepped up efforts to stop anti-competitive practices by the country’s major internet companies, notably slapping Alibaba with a record $2.8 billion fine in April for actions including “choosing one of two.”

Later that month, SAMR handed down fines to seven companies for violating China’s anti-monopoly law by not obtaining advance clearance for past acquisitions and joint-venture deals, including Tencent Holdings Ltd. and Didi Chuxing Technology Co. Ltd.

Just last month, the Ministry of Industry and Information Technology ordered Tencent and 13 other developers to address “harassing” pop-up windows within their apps.