Fisher: What the West Misses About China’s Offshore Tech Tumult 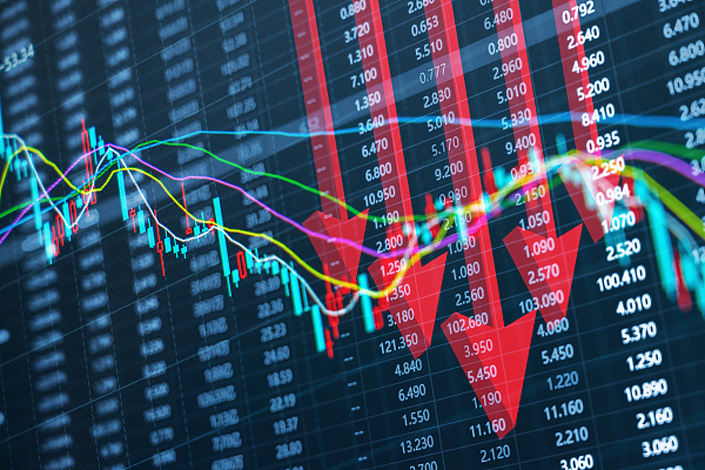 The plunge in big US- and Hong Kong-traded Chinese tech stocks isn’t about sector fundamentals or long-term growth prospects — it is mostly about fear. Photo: VCG

Chinese tech is in trouble! So say hysterical Western pundits after the big sell-off in several huge firms’ offshore shares. They claim new regulations will have vast, long-lasting repercussions on these Internet giants — and beyond. Don’t bet on it. Global headlines’ “tech crackdown” hyperbole far overstates actual regulatory headwinds — and ignores the late-bull-market tailwinds at big tech’s back. This is a buying opportunity. Take it!

First fintech, then food delivery services, now edtech, and the gaming industry rumored to be next —globally, analysts see Beijing’s run of tech-targeted regulations as only the beginning. Some contend it marks a “new era of oversight” that will loom long-term over the sector. They say big tech firms’ profits will surely sink — some allege second-quarter results show it is already happening. They warn uncertainty over more regulation threatens to spook investors, with foreign money drifting away from Chinese tech and toward Indian and Southeast Asian competitors.

The regulatory shifts hitting publicly traded tutoring firms are big and real — as they were in America a decade ago. The societal impacts may also be large. But the investible industry is small — the MSCI China’s education firms peaked in February at just $77 billion (497 billion yuan) in total market capitalization. And the changes are targeted — a fact China’s Securities and Regulatory Commission specifically detailed to Western investment banks in late July. Pundits didn’t listen though, painting every small subsequent shift as huge. Many changes affect only minor segments of these companies’ businesses or tweak practices like data protection. Several of the required fixes are easy-to-manage and mostly amount to bringing China in line with developed market standards. For example, some delivery firms have already made plans to provide insurance for riders at costs that barely impact their profitability.

In many cases, firms were expecting and prepared for tighter restrictions. Take the online gaming industry for example, which many Western pundits fret faces a new clampdown on youth gaming. These companies faced similar pressures in 2017 and 2018, sapping sentiment and whacking their stocks. Many implemented changes that went beyond the restrictions the government eventually announced, anticipating regulations would tighten further sometime in the future. Did those overhauls torpedo their stocks? Nope. China’s Media & Entertainment industry — the sector where those stocks are counted —bottomed in September 2018, the same month the government announced new regulations. It soared 71.7% over the next two years. Now, expecting new rules, some gaming firms have again put stricter-than-policy curbs on youth usage. Yet panicky pundits overlook that for the big gaming firms, a tiny fraction of whose revenues comes from those under 18.

What about antitrust fines, though? So far, they have been relatively small. Expect them to stay that way. Your government is simply trying to foster positive changes — not wipe out industries. These penalties lack the scope to materially dent China’s biggest tech firms — which makes sense. Given how integral they are to the modern Chinese economy, why would policymakers want to destroy them? Doing so would make no sense at all.

Hence, the plunge in big US- and Hong Kong-traded Chinese tech stocks isn’t about sector fundamentals or long-term growth prospects — it is mostly about fear. Consider this: Since the end of June, Chinese mainland tech stocks have risen 4.8%. Worldwide, tech is up 4.7%. Yet against this bullish sector backdrop, China’s big offshore tech- and tech-like stocks have tanked. Most are counted in the Interactive Media & Services and Internet & Direct Marketing Retail industries, which have plunged 24.5% and 18.7%, respectively.

Overall, this fear-based sell-off has mainland-listed shares now trading at a steep premium to Hong Kong-traded stocks — a sign big tech fear is running rampant. But those fears are false! And fear tied to false factors is bullish — always! False fears depress sentiment, weighing on stock prices in the near term. This means anything less bad than feared is a positive surprise. Hence, this false freak-out gives you an excellent entry point to these big, growth-oriented tech stocks.  Maybe not perfect, but excellent.

Even better: It comes right when broader market forces dictate big growth firms should lead for the remainder of this bull market. Since global markets’ March 23, 2020 bottom, Western pundits have relentlessly hyped value stocks because they usually lead early. But this bull market is acting much older than its age. As I have told you previously, that is because 2020’s lightning-quick bear market behaved more like a hugely oversized yet lightning fast mid-bull-market correction than a bear market — which are typically long, drawn-out “resets” allowing economies to work off excesses. The upturn beginning last March functioned more like a continuation of the 2009-2020 bull market — meaning we are likely later in the cycle than most folks realize.

Look beyond the pocket of sour sentiment surrounding China’s tech behemoths and you see this trend playing out perfectly. Yes, after America’s late 2020 positive vaccine announcements, global value stocks enjoyed some short-term bursts. Many pundits predicted that was the start of years of value leadership, ignoring factors like tight credit conditions that weigh heavily on value firms, which I detailed last fall. But the much-ballyhooed bounce is over. Dead. Done. Since May 12, world growth stocks’ 12.2% return trounces world value’s 1.9%.

On the Chinese mainland, growth stocks took control before their global counterparts. They are up 19.8% since March 24 while value stocks are down 5.1%. Chinese mainland tech has led the way, returning 30.8%. As short-term regulation fears subside, these trends should turbocharge China’s offshore tech stocks, too. Big Hong Kong-listed tech firms aren’t likely to stay disconnected from Chinese mainland —or the world — for long. The recent slide thus presents a golden opportunity to rotate from red-hot onshore tech companies to the huge, Hong Kong-listed tech-like firms so beaten-down recently.