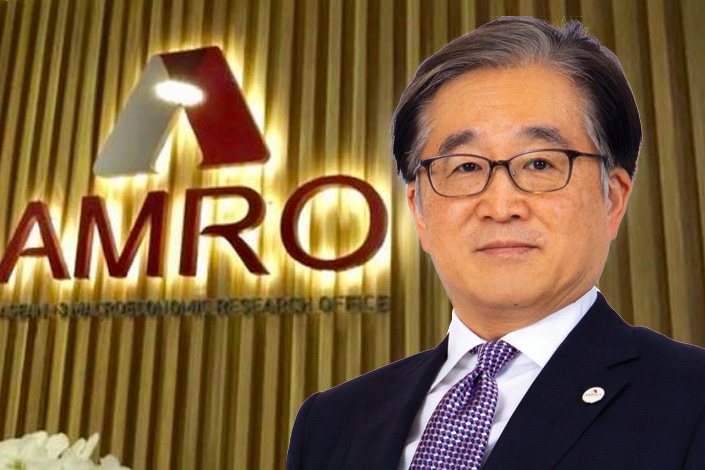 The homework he’s referring to is an accord reached during an ASEAN+3 Financial Ministers’ Meeting last year to make changes to the multilateral currency swap agreement known as the Chiang Mai Initiative Multilateralization (CMIM).

The CMIM, which involves the 10 ASEAN member states plus China, Japan, and South Korea, was amended accordingly in March this year.

One of the key elements was a change to the amount each member may request from the crisis fund without an IMF-backed program in place, the so-called IMF delinked portion. That will now rise from 30% of the fund’s total $240 billion to 40%.

This means the region’s financial safety net is becoming more autonomous and inching closer to the “Asian Monetary Fund” concept promoted by Japan in the immediate aftermath of the 1997 Asian Financial Crisis.

In the wake of the 2008 Global Financial Crisis and the subsequent European sovereign debt crisis, the ASEAN 10+3 members proposed an independent regional economic monitoring body, which later became AMRO.

Singapore-based AMRO, which celebrates 10th anniversary this year, is a regional multilateral economic monitoring agency whose main responsibilities include writing economic reports and working on early detection of financial risks.

Over the past few years, China was reluctant to raise the delinked portion of the CMIM as it feared possible defaults after paying out to a troubled economy, which would reduce its own foreign reserves.

As to the reasons behind the shift in China’s attitude, Masahiro Kawai, professor emeritus at Tokyo University, explains that the country became wary of the idea after rapid capital outflow between 2015 and 2016 lead to the evaporation of foreign reserves worth $1 trillion. He believes that China’s recent turnaround reflects the easing of such financial constraints.

Doi, on the other hand, explains, “we agreed on (IMF-delinked portion of) 30% and there is no turning back. But if we increase it to 40%, the amount is beginning to get significantly big. This made some members reluctant to increase the portion further, wondering if AMRO’s surveillance capacity is secure enough.”

Doi, who tried to close the deal as a Japanese government financial official in 2017 when his country hosted an ASEAN+3 Financial Ministers’ Meeting, says it finally became a “package deal.”

Other than the IMF delinked portion hike, members gave the green light to the use of local currencies if both lenders and borrowers agree — apparently a point China was eager to achieve — and also reached a consensus on conditionality framework.

“There are no longer any practical obstacles to the launch of the [CMIM]”, Doi added.

Doi dismisses the common narrative that this sphere is riven by China-Japan rivalry. “There is no Japan-China issue in Asian financial cooperation, especially in the currency field,” he stressed.

Doi notes AMRO’s capacity is steadily expanding. In the coming years, he expects the number of its in-house economists to reach 120, on a par with its counterparts at the IMF.

Looking forward, Doi says he would like to turn AMRO into “the region’s primary infrastructure,” in which capital flow management and macroprudential policy measures can be encouraged, while bolstering regional voices in global discussions such as the recently debated international taxation rules.

Meanwhile, as a strong advocate for an “Asian Monetary Fund,” Kawai suggests AMRO formally become the permanent secretary of the CMIM so that the facility can become more proactive. He also calls for the Manila-based Asian Development Bank to cooperate with these facilities in times of financial crisis, similar to the European “troika,” consisting of the European Commission, the European Central Bank, and the IMF.

Doi has so far not detected any signs of a financial crisis in Southeast Asia, now a major hotspot for the Covid-19 pandemic, although he notes that these economies need to be careful in communicating with the markets well and carrying out gradual exits when they return their macroeconomic policies to normality as the pandemic eventually ends.

On Myanmar, a country in turmoil after the military coup in February, Doi admits it isn’t easy to obtain information, and the organization he heads will keep a close eye on the latest developments.