By Manyun Zou and Qian Tong 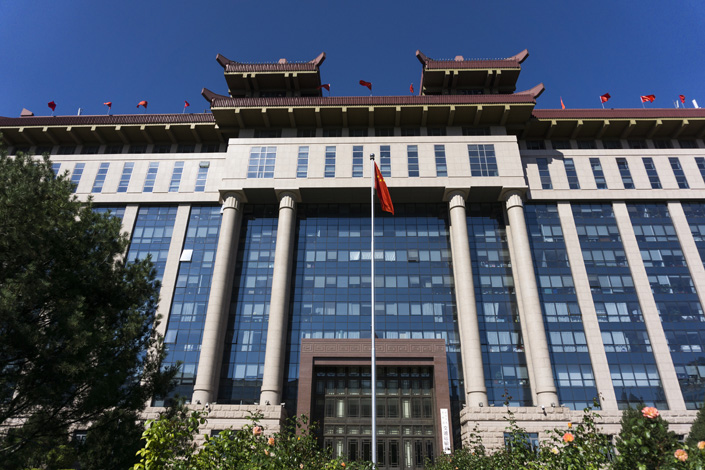 China’s Ministry of Transport in Beijing in October 2018. Photo: VCG

China’s top transport authority has called on ride-hailing firms to cap the commissions they take from drivers — and disclose them publicly — in the latest move by a government regulator to restrain tech companies’ behavior.

Li Huaqiang, deputy director of transport services at the Ministry of Transport, said at a Wednesday press conference that companies should set reasonable rates for driver pay, reveal these rates to the public, use algorithms to manage driver fatigue and limit working hours, and provide drivers with contracts and social insurance coverage.

He said that the relevant departments will introduce measures to this effect in future, but didn’t offer a timeline for the process.

Li said some ride-hailing platforms have made “arbitrary” changes to drivers’ terms after achieving market dominance, but did not name names. He said the ministry, working with other relevant government departments, would “strive to improve the conditions and protect the labor rights of online ride-hailing drivers.”

The rules come just weeks after the country’s dominant ride-hailing platform, Didi, became engulfed in a regulatory storm in the wake of its New York IPO, focusing on the security of the data it collects in China.

The company’s stock price has plunged over 40% since it listed, dropping a further 6.5% on Wednesday alone.

The embattled company does seem to have taken steps to address the ministry’s concerns, however, even before they were publicly announced.

On Monday, Didi added a new feature to the interface used by its drivers. The updated billing function, first being trialed in seven cities, allows drivers to access detailed breakdowns of the fees they earn.

Didi, along with nine other on-demand giants, were summoned to a meeting in May by eight government departments, including the State Administration for Market Regulation and the transport ministry. These companies were criticized for violating drivers’ interests.

The rights of gig workers such as ride-hailing drivers is a major issue for such firms worldwide.

In February, the U.K. Supreme Court ruled that Uber drivers must be treated as workers and are entitled to minimum wage and holiday pay. Meanwhile, in late July, app-based workers including Uber and Lyft drivers in the U.S. staged a one-day strike to demand better pay and greater legal protections.

Pressure to improve drivers’ working conditions is unlikely to be welcomed by Didi, which has never turned a profit. A filing to the U.S. Securities and Exchange Commission in June shows that Didi lost 35.3 billion yuan ($5.5 billion) over the past three years.