Opinion: How Can Foreign Asset Managers Survive in China? 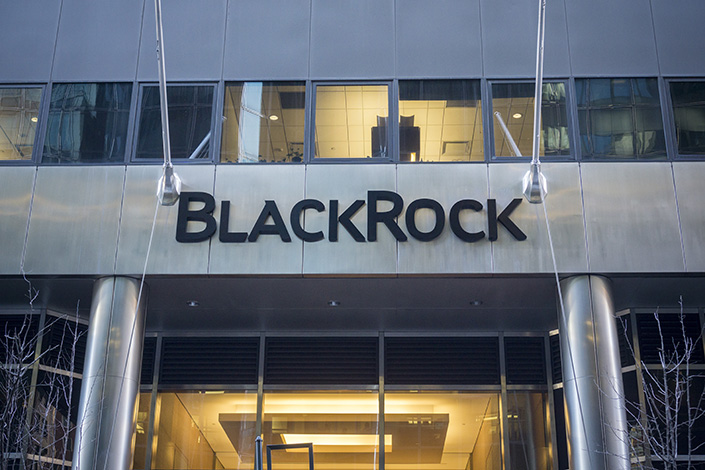 Even as everyone’s talking about China decoupling from the West, foreign asset managers are bucking the trend and becoming close partners with the Chinese market. The financial industry now appears to be one of the most accessible sectors in China for foreigners.

Earlier this June, BlackRock Inc., the world’s largest asset manager, became the first foreign operation to win permission for a wholly owned mutual fund business in China. It’s part of the company’s strategy of expanding in one of the world’s fastest-growing wealth markets.

Despite geopolitical tensions and the pandemic, Chinese authorities have accelerated regulatory restructuring in recent years to open up the wealth and asset management markets more widely to overseas players. One of these measures is the removal of limits on foreign ownership of futures businesses, mutual funds and securities firms.

The Chinese asset management industry is still in its early stages, but it is rapidly expanding. The first mutual fund management businesses in China were established in 1998. By 2020, the whole industry’s assets under management reached $19.22 trillion, ranking second only to the U.S. By 2023, as BCG projected, total household wealth is expected to reach $35 trillion.

China has enormous potential for foreign asset managers, with its growing wealth, expanding institutional participation, and faster-than-expected regulatory changes. Entry into the Chinese market is a huge opportunity.

The establishment of wholly foreign-owned asset management companies is conducive to effective operations by avoiding previous corporate governance conflicts. That was one of the reasons foreign-owned joint ventures were not as competitive. Foreign financial institutions have found it difficult to do business in China over the past few decades. To conduct business in the country, they were frequently required to take on a local business as a partner. Differences in viewpoints between Chinese and foreign companies, as well as constant infighting among senior management, made achieving goals more difficult.

The Chinese A-share stock market has several appealing features for foreign asset managers. Its average daily turnover exceeds $100 billion, higher than all other emerging markets combined. The opening-up of the A-share market to investors from all over the world is one of the most significant developments in global equity markets in decades. Despite having the world’s second-largest economy, China accounts for only about 5% of global equity benchmarks. According to Lazard, China is expected to make up more than 40% of major emerging market benchmarks in the next few years.

Chinese retail investors have huge but largely unmet investment needs. With products like index funds, as well as skills and experience in investment strategy and risk management, foreign asset managers are well positioned to make a difference. Global asset managers have a good reputation for long-term and value investing, which means they focus more on fundamental analysis and adhere to strict internal compliance and risk controls. These qualities, in the eyes of Chinese authorities, have set an example of what a good asset management company should be like.

The most important point to remember is that China’s market economy currently lacks the true rule of law, particularly in the financial markets. Foreign companies were previously unprofitable partly because they were afraid to engage in many noncompliant practices when financial regulation was lax, whereas Chinese institutions were not. Foreign institutions now have more opportunities in China as the country focuses more on effective financial regulation and compliance. However, they must still be prepared for a long process of improving the rule of law.

Foreign businesses still face challenges in China despite financial liberalization and improvements in the business environment.

Often, the first and most difficult challenge is adhering to the country’s regulations. Foreign institutions must adapt to the local environment in China. Everything, including risk control, compliance, and network security, must be tailored locally. Foreign institutions must take time to balance their own needs with those of local regulators. Because China’s financial market is governed by rules that differ from those in other markets, reshaping business and technology systems into “China mode” could pose a significant challenge.

Foreign institutions see developing the Chinese market as another major challenge. Generally, finding talented staff would be the most difficult obstacle as foreign institutions seek someone “omniscient” in China, a person who not only understands foreign culture and languages but also has a thorough understanding of the Chinese market. Foreign companies, on the other hand, frequently have to compromise on either a candidate’s English skills or understanding of the local market. A more depressing reality is that Chinese institutions have already scooped up the majority of the top talent.

At the operational level, there are numerous challenges as well. The three biggest issues would be cost accounting, business scope, and communication between the local team and headquarters. Making money in the first few years of operation is unlikely. Local institutions have a significant advantage in finding channels for raising capital, marketing, and brand awareness because of their wealth of experience and knowledge. As a result, winning market share from Chinese competitors is tough.

Global asset managers face a relatively unknown market with far fewer local resources to draw upon. They frequently believe that simply having a strong international brand will be enough to sell products in China. To be clear, a well-known brand can help open doors, but in today’s crowded, competitive market, that alone is insufficient. Global players have no track record in China, and they must rely heavily on securities firms to help them raise money for their funds. The main distribution channels for retail fund products in China for the past decade have been the country’s major retail banks. Many local banks are unwilling to sell products for their competitors because they are just starting to set up their own wealth management subsidiaries. Partnering with a large Chinese internet platform is a smart move, but complying with Chinese financial regulations is a whole new challenge.

A successful asset management business should not be limited to a single market. It should be global in scope, which necessitates a global market where capital can freely flow to efficiently allocate resources and diversify risks. China’s asset management industry is still far from achieving that. On the one hand, China must continue to accelerate capital account liberalization, which Chinese reformers are still working on, though this process is likely to take a long time; on the other hand, the anti-globalization trend of beggar-thy-neighbor must be countered.

Yue Yue is a Caixin Media fellow at the Blavatnik School of Government at the University of Oxford.