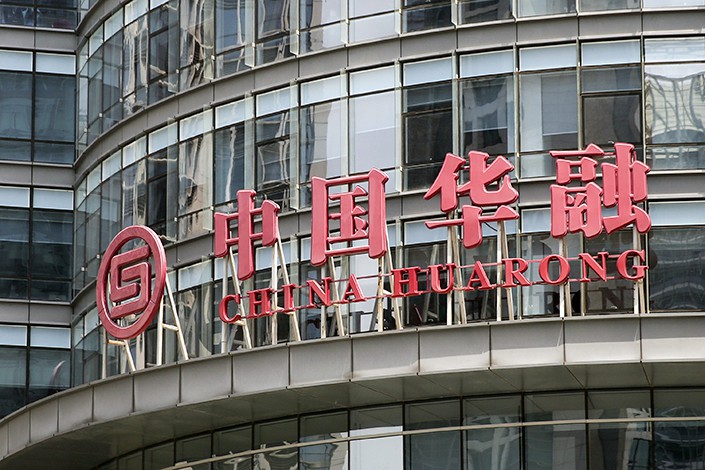 (Bloomberg) — China Huarong Asset Management Co.’s credit rating was cut by Moody’s Investors Service to Baa2 from Baa1, and the borrower remains on watch for a potential further downgrade.

The ratings company cited the deterioration of the asset manager’s capital and profitability after Huarong last week put its 2020 loss at nearly $16 billion. While a capital injection by a group of state-owned enterprises indicates Huarong’s systemic importance, the plan’s exact impact remains unclear, Moody’s analysts wrote in a report issued Monday.

Moody’s and Fitch Ratings downgraded the bad-asset manager in April and have had it on watch for further cuts since amid a lack of clarity over the extent of Beijing’s future support. S&P affirmed its BBB+ rating June 2 while keeping Huarong on watch for a possible downgrade. Last week, a Moody’s analyst said the planned recapitalization “will likely meaningfully mitigate the negative credit impact” of the estimated 2020 loss.

Worries about the state-owned company’s financial health spread after it missed a deadline at the end of March for releasing last year’s results. The ensuing drama rattled investors and emerged as a key test for China’s vast, debt-laden financial system.

Months of uncertainty since April effectively shut out Huarong from overseas public debt markets, compounding debt refinance concerns given the company has $21 billion in outstanding offshore bonds. The firm has been servicing its debt and said preparations have been made for future bond payments. Huarong reached funding agreements with state-owned banks to ensure it can repay debt through at least the end of August.

If Huarong lost its investment-grade credit rating, 56% of surveyed fund managers that hold its dollar bonds would be forced to sell, according to a Bank of America report dated Aug. 17.

Worries about Huarong kept many of its dollar notes at what are considered stressed levels, amid speculation of potential losses for bondholders as part of a company overhaul. But only 4% of investors predicted a default in a midyear survey by Citigroup Inc., compared with 47% predicting sufficient state support to avoid a missed payment.