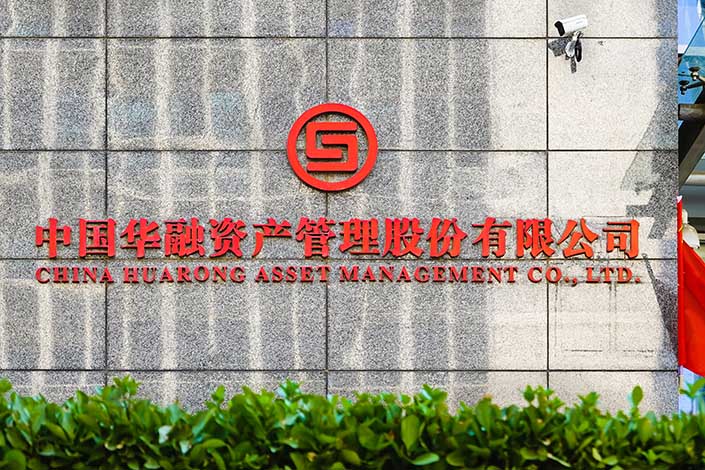 Debt-ridden China Huarong Asset Management Co. Ltd. warned investors Wednesday that it expects to report a 2020 net loss of 102.9 billion yuan ($15.87 billion), but said that it plans to bring strategic investors on board.

Despite the huge loss, the latest progress on Huarong’s bailout has eased investor jitters, with its dollar bonds surging following the news after they had previously sunk amid uncertainty about its future.

The profit warning came almost five months after the company missed the March 31 deadline for reporting annual earnings for last year. The 2020 loss reflected the clearing and disposal of risky assets taken on by former Chairman Lai Xiaomin’s “aggressive operation and disorderly expansion during his tenure,” the company said in a separate statement. It said the impact of the Covid-19 pandemic also degraded asset quality.

Huarong, the largest of China’s “Big Four” state-owned asset management companies based on assets, has been in turmoil since Lai’s downfall in April 2018. Lai was sentenced to death and executed in January this year in the country’s biggest financial-sector corruption case.

He was convicted of taking a record 1.79 billion yuan of bribes from 2008 to 2018 in exchange for his help on a range of issues such as financing and promotions. He was also convicted of bigamy and embezzlement.

The company did not disclose the amount of the strategic investment but said it will help replenish the company’s capital and further consolidate its foundation for sustainable operations. The deal is subject to regulatory approval.

Investors have long been concerned over the financial health of Huarong, controlled by the Ministry of Finance, with steep bond sell-offs in recent months. Despite the loss warning, Huarong Wednesday said the company’s liquidity was sufficient, while domestic and overseas bonds were being redeemed on time.

As part of its restructuring, Huarong is attempting to raise cash by selling its stakes in seven companies, Caixin reported in June.

Huarong shares have been halted since April 1 in Hong Kong and will remain suspended, the company said Wednesday.

The Chinese government set up the Big Four asset managers in 1999 to take over and dispose of trillions of yuan of nonperforming loans on the books of the country’s Big Four state-owned banks.