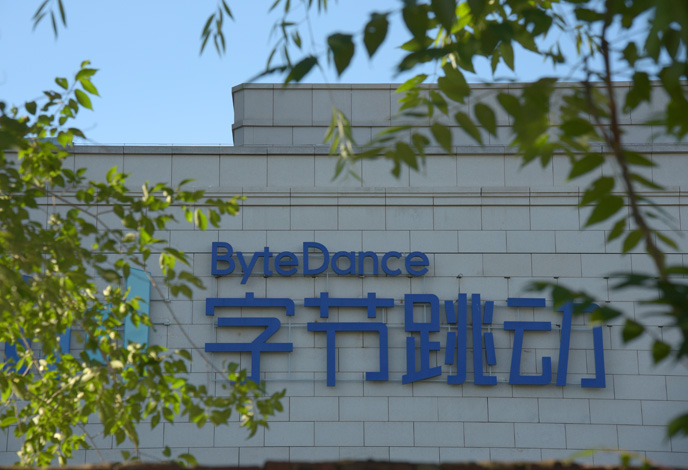 A ByteDance representative confirmed the move to Caixin on Monday. The acquisition, which comes as the company seeks new revenue streams in the face of a crackdown on big tech firms by Beijing, has coincided with reported wide-scale layoffs in ByteDance’s fledging Dali Education unit.

Virtual reality is an immersive technology that allows computer and phone users to interact within three-dimensional, simulated environments, which has been hyped over the past decade as one of the next big frontiers of technology.

“Pico’s comprehensive suite of software and hardware technologies as well as the talent and deep expertise of the team will support both our entry into the VR space and long-term investment in this emerging field,” the ByteDance representative said in a statement. She added that the company will focus on developing consumer-facing VR devices for the Chinese market after the acquisition.

The ByteDance representative declined to comment either on how much it paid for Pico or its plans to incorporate virtual reality technology into its broader stable of products, which include not just video sharing platforms but also news aggregation app Toutiao and other lines of business.

ByteDance's investment in Pico, which sells its VR headsets globally for gaming and entertainment uses, parallels the move by social networking giant Facebook to acquire VR headset maker Oculus in 2014 in what was seen as a bid to develop new line of business alongside what it has done with its WhatsApp and Instagram mergers.

However, VR has been slow to take off, in part because of patchy consumer demand for the specialized headsets required for it but also due to the disorienting effects of spending too much time cut off from real-world experience. In response, Facebook has been on a merger binge in recent years, scooping up VR studios that produce virtual reality games that can showcase their potential power.

News about the ByteDance deal surfaced over the weekend, with domestic media reports citing a Pico memo to employees as saying that the acquisition would help it “combine the content resources and technological capabilities of ByteDance” in an effort to boost its R&D capabilities and accelerate the construction of its developer ecosystem.

According to a report published by research firm IDC in June, Oculus’ devices accounted for almost two-thirds of the global VR headset shipments in the first quarter of 2021, with Chinese firms DPVR and Pico claiming the second and third spot, with their shipments growing 108.6% and 44.7% year-on-year, respectively. Nonetheless, the headsets IDC forecasts to be shipped worldwide this year number less than 10 million.

While Pico lags behind Oculus in terms of shipment globally, the Chinese startup is the biggest player domestically.

Claire Zhao, a VR market analyst at IDC, told Caixin that Pico sold more VR headsets than any other vendors doing business in China in the second quarter of this year, with a market share of 35.7%. The second and third place went to DPVR and HTC respectively, Zhao said, while declining to provide the market share data for the two. Overall, some 325,000 VR headsets were shipped in China in the second quarter. Facebook does not sell its Oculus headsets in the Chinese market.

VR technology has been widely used in the gaming industry, but its benefits have begun spilling over to the wider business sphere including practical training, tourism, construction and healthcare.

“The commercial use cases for virtual reality continue to proliferate,” Tom Mainelli, vice president of IDC’s device and consumer research, wrote in a recent research note. “As companies continue to plan for a future that encompasses a combination of both in-person and remote work, we see VR playing an increasingly important role in driving next-generation collaboration, training and digital events.”

In March, Pico completed a 242 million yuan ($37 million) series B+ funding round, which CEO Zhou Hongwei said would be used to fund the company’s core technology development and plans to introduce quality VR games and applications from around the world, domestic media reported at the time.