A 14-Year-Old Student Dies of Anthrax in East China 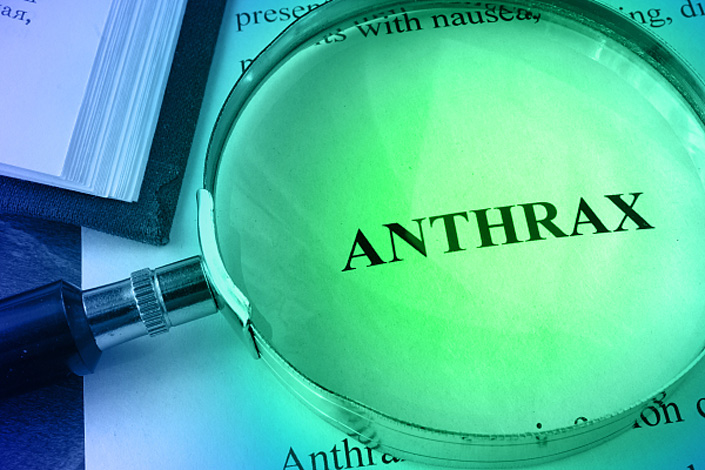 The source of the infections remains under investigation. Photo: VCG

A 14-year-old student has died after contracting anthrax in East China’s Shandong province, which is believed to be the second death from the infectious disease in the country since dozens of local infections were detected earlier this year, according to China CDC Weekly.

The case was revealed in a weekly report issued by the Chinese Center for Disease Control and Prevention (China CDC) on Friday. The patient was one of the two people infected with anthrax in the city of Binzhou and reported to Shandong’s health authorities as of Aug. 15, the report said.

The patient died on Aug. 6 after showing symptoms such as fever and sudden loss of consciousness, the report said, without providing details about the patient. The other infected person, under isolated treatment, is a 35-year-old man who works as a butcher.

The source of the infections remains under investigation, the report said. According to the statistics released by the National Health Commission on Aug. 24, China recorded a death of anthrax infection in July without providing the details of the case.

In Shandong, the student was found to have been infected with gastrointestinal anthrax, which develops after eating raw or uncooked meat from an infected animal, Kou Zengqiang, director of Shandong CDC’s institute of communicable disease control and prevention, was quoted by the official Dazhong Daily as saying.

The patient was confirmed to be a student in Yangxin county under Binzhou city. The city authorities reported the suspected anthrax case to Shandong CDC after detection, Kou said during an interview with the newspaper in late August. Many of the student’s family members are engaged in cattle breeding and slaughter, Kou noted.

According to the Friday report, the student “suddenly” experienced symptoms such as fever and fatigue on July 28 and was then taken to a clinic in Yangxin. On July 31, the student was transferred to Binzhou Medical University Hospital after the symptoms developed to sudden loss of consciousness, lockjaw and nuchal rigidity.

On Aug. 6, the student was discharged from the hospital upon his request and died the same day, the report said.

The second patient was found to have slaughtered sick cattle bought from Yangxin at the student’s home on July 25, the report said. The patient was confirmed with cutaneous anthrax, the most common type of anthrax infection.

Authorities said they will strengthen the training and guidance of medical workers from primary healthcare services to tackle the disease, according to the report.

On Aug. 15, state media reported that a suspected anthrax outbreak had been detected in North China’s Shanxi province, after nine villagers working in cattle breeding, slaughter and sales showed symptoms of the infectious disease.

And in early August, Beijing reported a case of pulmonary anthrax, the first human infection of this deadly type of the disease in China in 10 years. The country recorded nearly 40 anthrax cases in May and June.

Anthrax is an infectious disease caused by exposure to bacteria called bacillus anthracis, which hits herbivores including cattle, sheep and deer. People infected tend to have been in contact with infected animals or animal products. Specifically, gastrointestinal anthrax has a mortality rate of more than 50% without treatment, according to the U.S. Centers for Disease Control and Prevention.

The story has been updated to reflect the latest information.