By Ding Yi and Fang Zuwang 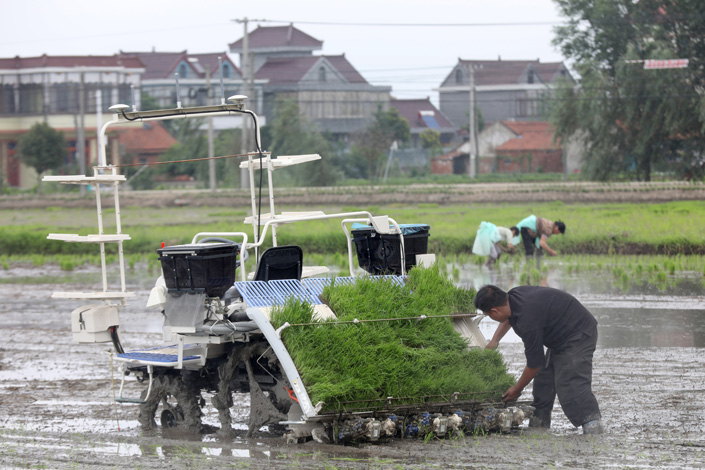 China’s market regulator has issued guidelines on how to certify products compatible with the BeiDou Navigation Satellite System, as Beijing aims to use its homegrown GPS alternative in everything from smart vehicles to consumer electronics.

The guidelines (link in Chinese), which were published on Friday by the State Administration of Market Regulation (SAMR), come a year after China launched the final satellite of the BeiDou network, enabling the system to provide global users with services ranging from positioning and navigation to global short-message communication and international search and rescue assistance.

In an effort to ensure the large-scale application of BeiDou across industries, SAMR said that it will design unified product catalogues, criteria and logos for the certification of chips, modules and antennas.

Before the guidelines were issued, the China Satellite Navigation Office took charge of publishing catalogues for products eligible to be connected to BeiDou, the latest of which was released in September last year, encompassing 24 products primarily used in cellphones, wearables and vehicles. Industry analysts said that being included in such government-backed lists could give selected manufacturers an edge in attracting buyers and setting up projects.

The guidelines also entitle SAMR to a leading role in setting up a special certification technical committee in collaboration with other government agencies, scientific research institutions and organizations for standardization. The committee will be tasked with dealing with technical problems found in the process of establishing and implementing the certification system.

In addition, third-party certification bodies must make public their charging standards, the validity of their granted certificates and basic information on the certified products, according to SAMR.

The Chinese government began developing BeiDou in the late 1990s in the hope of lessening the military’s dependence on the U.S.-built GPS, with the plan’s first major milestone achieved in 2000, when BeiDou satellites were launched and gave the homemade navigation system the ability to cover Chinese soil.

With the expansion of its satellite constellation, BeiDou started providing services for use in military operations, transportation management and police actions in the Asia Pacific region in 2012, when consumer demand for connected devices took off.

So far, the ministries of natural resources, transport and agriculture have all pledged to help accelerate the commercial application of BeiDou by offering government procurement contracts, according to a report published in May by Guoxin Securities Co. Ltd.

As of the end of 2020, a total of 7 million commercial vehicles, 1,400 ships and 300 general-purpose airplanes in China are linked to BeiDou, according data provided by the GNSS & LBS Association of China.

Friday’s announcement comes four months after a truck driver committed suicide at a vehicle inspection site in North China after he was fined 2,000 yuan when local police found his transponder linked to BeiDou was disconnected. The tragedy triggered calls for broader national efforts to supervise the commercial rollout of navigation systems.